Bannsiders have a 'Point to prove 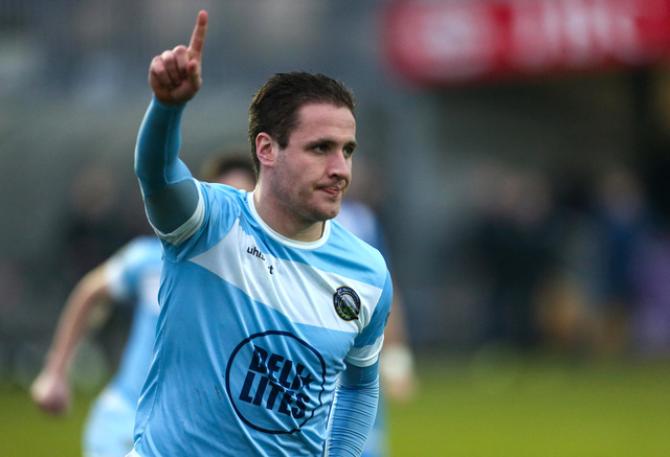 COLERAINE are on the road to redemption this weekend as they make the long journey to Warrenpoint Town.

The Bannsiders lost on their last visit there towards the end of last year in one of the biggest shocks of the season.

Alan O'Sullivan scored twice in a 3-1 victory that afternoon - one of just four league wins for the border club.

The defeat was one of two the Bannsiders suffered in the space of a few weeks against the league's bottom two clubs, the other being Institute, in a poor spell for Oran Kearney's men.

They recovered from that wobble to maintain their place among the leading clubs in the Danske Bank Premiership and go into Saturday's game just three points behind leaders Linfield.

However, they have played more games than most of their rivals and know that they can't afford many more slip-ups if they want to continue challenging into the spring.

It is unlikely that manager Oran Kearney will make many alterations for this clash with Barry Gray's side.

One enforced change, however, sees right-back Lyndon Kane miss out through suspension, possibly paving the way for club captain Stephen O'Donnell to get a start.

Whether that means one of Gareth McConaghie or Aaron Canning is moved across to right-back or the visitors elect to go with three at the back remains to be seen.

Midfielder Ben Doherty, who made his comeback from a hamstring injury in the defeat to Crusaders, should have come on for his minutes on the pitch that evening and will be better for that.

The game is still too soon for fellow midfielder Aaron Jarvis, who successfuly came through a knee operation earlier this month, meaning that the midfield should be completed by Stephen Lowry, Josh Carson and Jamie Glackin.

Up front, Eoin Bradley and James McLaughlin will be looking to fire the goals to claim a 14th league win for the visitors.

The game may also see a second appearance for former Antrim GAA star Matthew Fitzpatrick, who came on as a second half sub' against the Crues.

He signed from Belfast Celtic towards the end of last year and is, to date, Coleraine's only signing in the January transfer window.

Supporters, who have watched rival clubs do significant transfer business in the past number of days, will be hopeful that he is not the only new face to arrive this month.

Once bitten, twice shy is a timely reminder for The Stripes this weekend.

A touch of complacency, perhaps, cost them on their previous visit to Milltown.

They can't afford to make the same mistake again.