Coleraine away to Glenavon in Irish Cup 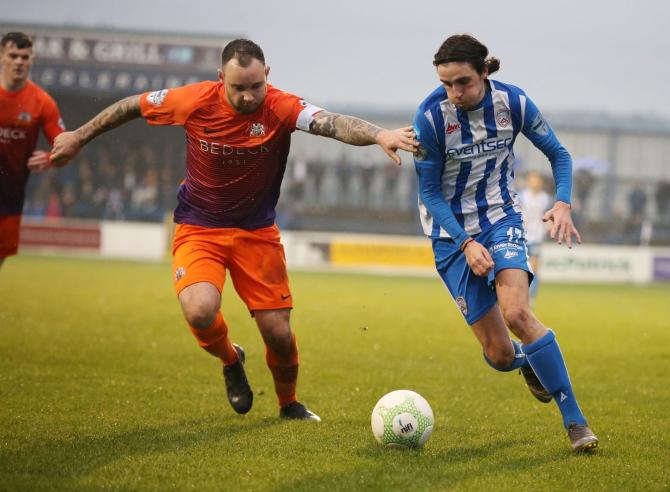 Coleraine and Glenavon will meet on Saturday January 4.

COLERAINE will travel to Mourneview Park at the start of January to face Glenavon in the fifth round of the Irish Cup.

The pair were drawn out of the hat first at the draw held at the National Stadium in Belfast on Tuesday.

It represents a difficult tie for both sides but the Bannsiders can take heart from having defeated the Lurgan side twice in the league already this season.

"We had a convincing win down there earlier in the season so they'll want to turn the tables," admitted Coleraine chairman Colin McKendry.

"So we have to go there with confidence and we look forward to it," he added.

Glenavon manager Gary Hamilton, meanwhile, admitted it was a difficult fixture against a team that is 'flying' in the league.

"Being at home is a bonus and if you want to win any cup competitions then you have to beat the best teams at some stage," he added.