Memories flood back as Queen marks her Platinum Jubilee 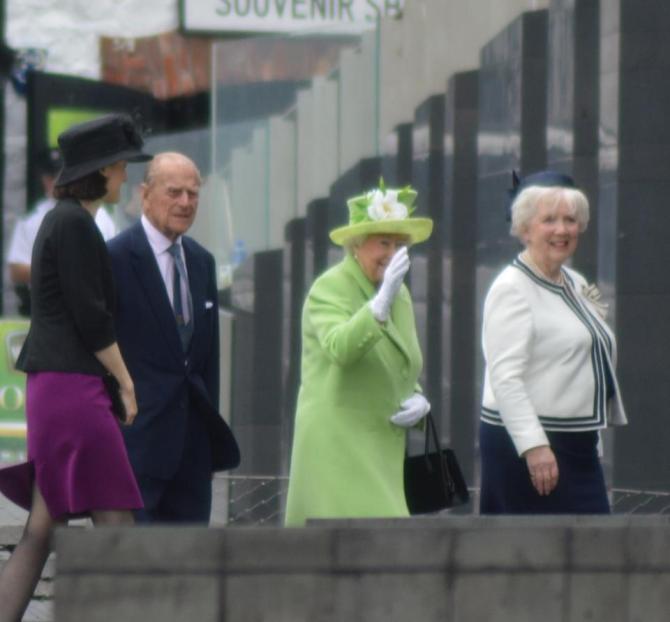 THE Queen's Platinum Jubilee celebrations are under way to commemorate Elizabeth II becoming the first British monarch to reign for 70 years.

With commemorations planned throughout the United Kingdom, the Commonwealth and communities, the Chronicle spoke to a few well known local people who have had the pleasure of meeting Her Majesty.

Describing her as an “exemplary leader”, UUP Alderman Joan Baird said on the two occasions she has had the pleasure of meeting the Queen she was humbled.

Alderman Baird said: “I first met the Queen with my husband at a garden party in Hillsborough some years ago and then again in 2016 when I sat down to lunch in her company at Royal Portrush.
“The Queen has been an exemplary leader in our time and an example to the world of how an effective Monarchy can be beneficial to a Nation.
“We can never thank her enough for her selfless service to us and to mankind.”

Throughout the year, Her Majesty and members of the Royal Family will travel around the country to undertake a variety of engagements to mark this historic milestone, culminating with the focal point of the Platinum Jubilee Weekend in June.

See more in this week's Ballycastle Chronicle, we also spoke to Glenda Rodgers McCormick who has met the Monarch a number of times and Mr Leonard Quigg, Chairman of the Sergeant Robert Quigg V.C. Commemoration Society