Ballycastle family ‘gives back’ to community through Shoebox Appeal 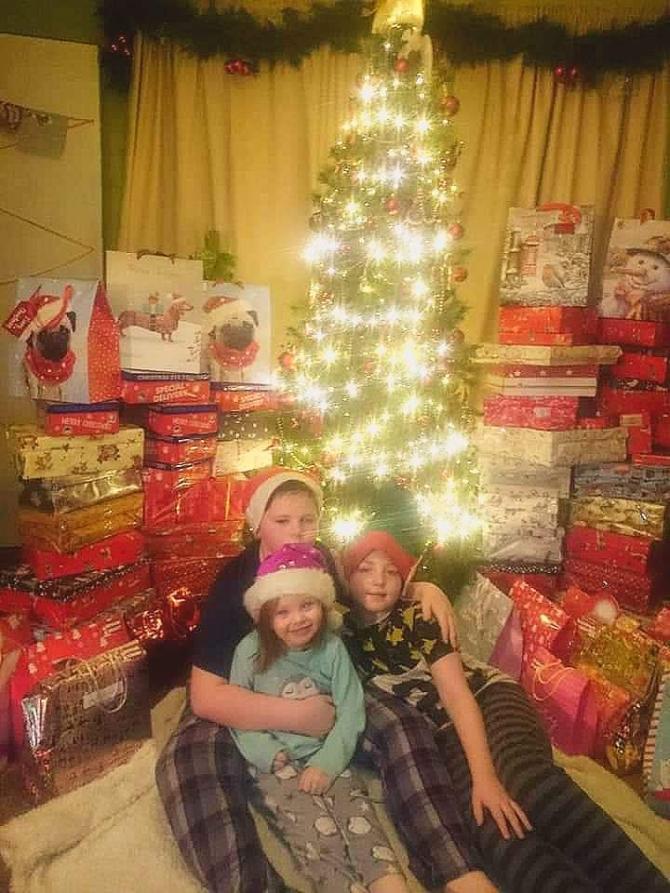 A BALLYCASTLE mother has launched a Christmas shoe box appeal for the second year in a row in a bid to help struggling families in the community.

Charlieen Crawford told the Chronicle the drive behind the shoebox appeal comes from the support she received in June 2014 when a tragic accident took the life of her seven-year-old son, Logan.

She said: “We want to help give something back to the community who surrounded us with care and love when we lost Logan.
“We received so much support including people bringing us food and making sure we were OK.  We could never repay that.  You can't ever imagine having to prepare for something like losing a child, but we found so much comfort came from people in the community, now we can help give a little back.”

Charlieen explained how she started the Ballycastle Shoe box Appeal last year at the peak of the pandemic after seeing leaflets for boxes to be sent to other countries.

She said: “The kids brought leaflets home from school about filling shoe boxes but I had never really had a good experience with those before.

“It dawned on me that I have never seen anything like this locally so asked on social media if anyone would be willing to undertake it.

“I didn't know how much of a help it would be or how many people would take part, but I thought I had nothing to lose by asking.”

In the end, Charlieen, her husband Robin and their children, 12-year-old Orion, 10-year-old Leo and six-year-old Grace organised orchestrated it, using their own home as a base.