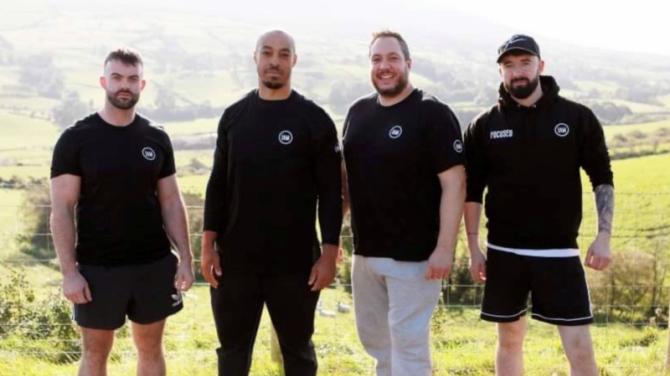 THE iAM project recently held their first pop up event in Ballycastle and the man behind the project said it couldn't have went better!

Mark Donald, who spearheaded the new mental health project in tribute to his late mother, said the boxing event, held in the B-Strong premises, was an amazing event which brought strangers together.

Speaking to The Chronicle after the event, held last Saturday, Mark said the event came about through pure opportunity and he couldn't believe how well it was received.

He said: “Our first pop up project was led by coach CJ Swaby, who I'm fortunate enough to count amongst my friends.

“He happened to be over in our area and agreed to lead a boxing session.

“The session was about balance, and being focused on a target, which is exactly what you need in boxing, but it's also reflected in life - you need to have a goal to help you focus too.

“By not having yourself planted, you tend to get knocked down!

Mark said the session, which was ran at capacity with 16 attendees, was intense but great fun.

He added: “At the beginning of the session we were all mostly strangers, but by the end of the day everyone was laughing and chatting and getting to know each other.

“I'd say friendships were cemented over refuelling food prepared by Sean Bradley of 'Steak and Cakes' in Ballycastle. We all sat around the table and got to know each other. The iAM project is all about brining people together and I'd say we did a pretty good job of this on Saturday.”

Also present at the event was Stevie McAuley from Loughgiel, who is a personal trainer based at GEHQ gym in Ballymoney and a massive supporter of the iAM project.

Mark wants to thank Stevie for attending, CJ Swaby for the coaching and Briege Hamilton for the use of her premises to hold the event, also Sean for the lovely food.

So what's in the pipeline for the iAM project? Mark said: “We have another event on November 30 which is a yoga class, focusing on calm and peparing for Christmas. This is almost at capacity but if anyone is interested they can get me on the iAM facebook page.”