Blue plaque to be unveiled to commemorate Moira O’Neill 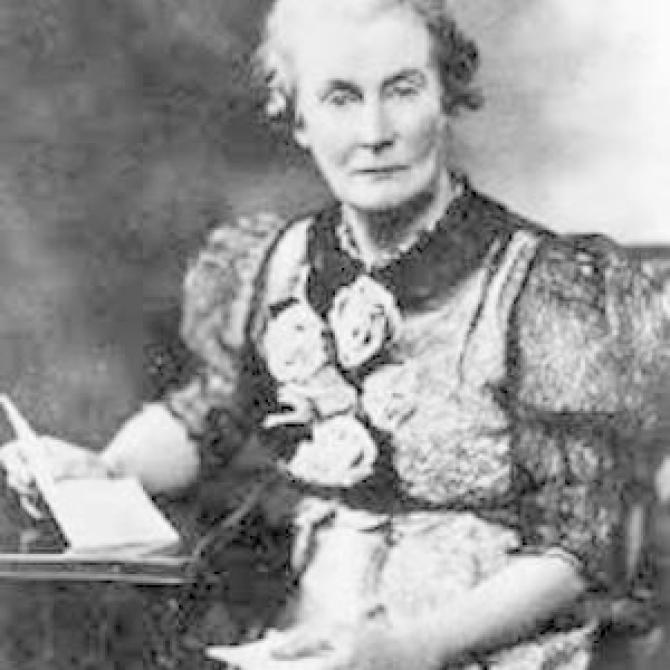 THE Ulster History Circle will commemorate Moira O’Neill (the pen name of  Agnes Higginson Skrine) 1864-1955, Poet and Novelist, who lived in Cushendun, by unveiling a blue plaque on Saturday 19 October 2019 at 12 noon.
The plaque will be unveiled on Cushendun Old Church by Sally Phipps, granddaughter of Moira O’Neill.
A popular poet, Moira, born on 13 July 1864 in Mauritius, was inspired by the romantic landscape of the Glens of Antrim.
Her best-known work, Songs of the Glens of Antrim, was first published in 1900.
This volume includes 25 ballads and poems and was reprinted on numerous occasions. The poems were written in the dialect of the glens, chiefly for the pleasure of local people, although they enjoyed a much wider audience.
Moira married Walter Clarmont Skrine in 1895 and emigrated to Canada where they lived in a ranch in Alberta for around six years.
She wrote a poem called ‘The North-West – Canada’, but she was most influenced by the landscape of  the Glens and her work celebrates this beautiful area.
Her subjects include lakes and mountains, flora and fauna, townland names, as well as aspects of rural life and themes of exile and return.
The unveiling of the blue plaque to Moira O’Neill is part of a wider day of events being held in Cushendun Old Church Heritage Centre.