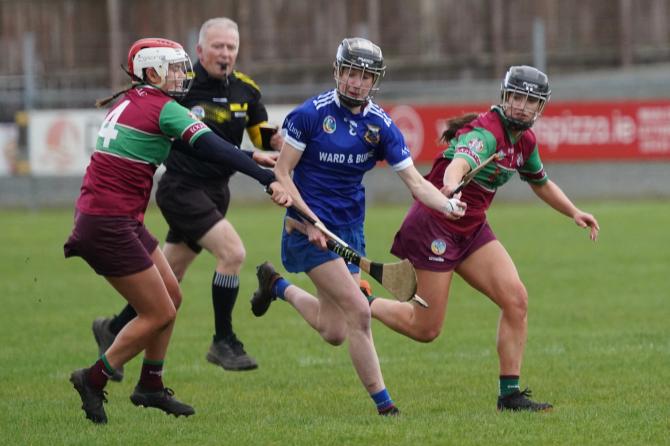 Eoghan Rua compete in the All Ireland final this weekend.

It is over ten years since Eoghan Rua camogs last played in an All-Ireland final.

From the team that annexed two intermediate championships, before falling just short in a senior semi-final, 11 remain on today’s panel. Brendan McLernon is back as manager, assisted by Lesley Reynolds, Mary Connolly, Schira McGoldrick and John McArthur.

A new crop of young players has come into the side and that blend of youth and experience has proved a potent mix.

Eoghan Rua claimed Derry and Ulster championships before defeating Athleague of Roscommon in the All-Ireland semi-final on Saturday past, following a huge club effort to get the matched fixed to a suitable venue for both teams.

Standing in their way in this weekend's final in Drogheda are Kerry side Clanmaurice (Tralee) who will no doubt be well aware of the dangers posed by the Derry and Ulster champions.

For coach Lesley Reynolds, this year’s run is bringing back memories of 2010 and 2011.

“I’m delighted for everyone involved, the girls, the mentors, the club," she says.

"It’s good to be back in finals again!”

Preparations for an All-Ireland final are a delicate process; the team should just be ticking over during the week at this point and hoping to peak for the weekend. Coaches stress that it is as much about mental preparation as it is physical.

“This week won’t be a heavy one training-wise,” Reynolds continues.

“It’s been a very long season.

“I believe we can do it. We have a great bunch of girls with a wealth of experience and their commitment is second to none. Regardless of the result, we are very proud of them.”

Flying wing back Sorcha Duggan claimed the player of the match award in the Ulster final and says that the All-Ireland victories of ten years ago have inspired the younger generation.

“This is a great opportunity for the younger girls like me who look up to the older girl’s achievements. Everyone is really looking forward to the final now," she states.

“We know what it takes to prepare for a big game. We’ve had seven championship games so far and, as a team, I feel we are ready to play in the final.”

For any club, an All-Ireland final seems a long way off in the winter months.

Report and photos from this weekend's final in Tuesday's Chronicle newspaper.