Multi-agency rescue carried out in Cushendall 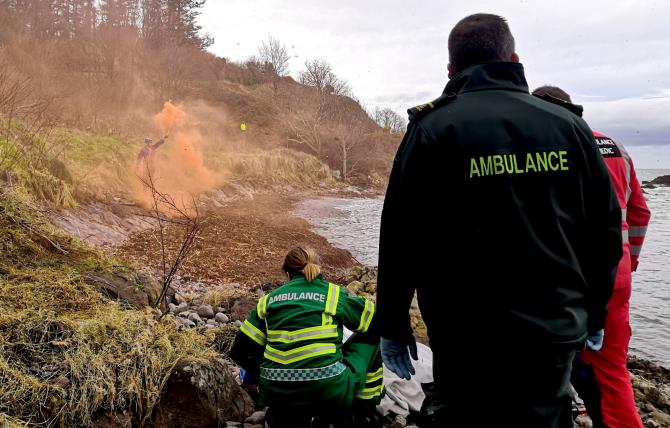 A Massive multiagency rescue was carried out around 1pm on Friday January 31 when a man fell close to a cliff in Cushendall. Coastguard from Ballycastle, Larne and Portmuck were called along with Coastguard Rescue Helicopter 199 from Prestwick and HEMS Air Ambulance with specialist trauma doctor on board.  It is believed the man has been transferred to the Royal. Pic Steven McAuley/McAuley Multimedia