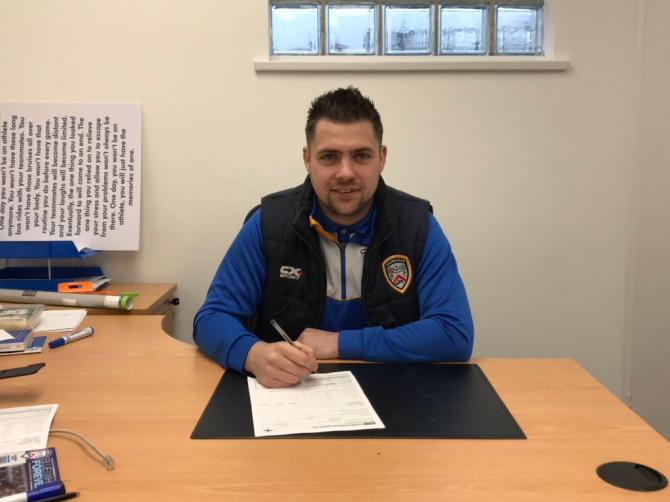 James McLaughlin was delighted to put pen-to-paper on a two-year contract extension. The striker has made 96 appearances, scoring 39 goals since making his debut in 2015.

COLERAINE received a timely boost with the news that James McLaughlin has put pen-to-paper on a new contract.

The striker’s original deal was due to expire at the end of this season, but the Moss-Side man has signed a two-year extension that ties him down to The Showgrounds until the end of the 2020-2021 season.

McLaughlin, who made his debut agaist Glentoran in August 2015, has bagged 39 goals in 96 appearances during his stint on the Ballycastle Road.

Speaking to the Chronicle, the former Linfield and Ballymena marksman was delighted to get his future sorted after weeks of discussions with boss Rodney McAree.

“I'm glad to get the deal over the line as we have been chatting about it for quite a while,” he said.

“It's good to get it done and concentrate now on football.

"There's nowhere else I'd want to be so for Rodney to approach me with a new contract I was delighted with that.

“I get on very well with Rodney.

“Since the first day he came through the door we have had a good laugh together.

“He is very down to earth and he's very easy to chat too.”