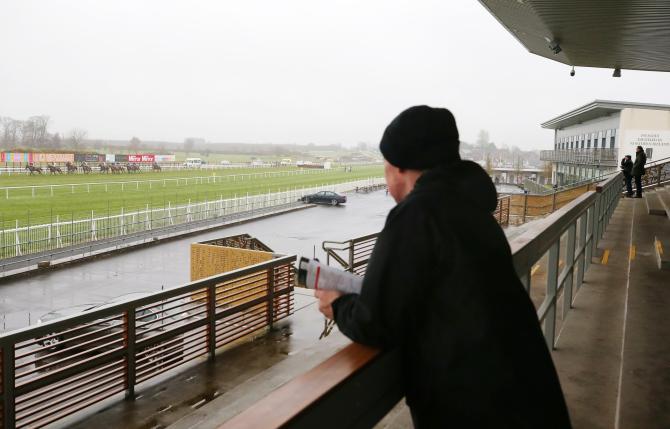 Horse racing in Ireland will return behind closed doors.

HORSE Racing Ireland (HRI) has published on the RÁS website the full programme of National Hunt races for the months of June and July and those scheduled for the August Bank Holiday weekend.

The first National Hunt fixture will take place at Limerick on Monday June 22.

The programme released features all single code meetings to minimise the number of people working at the racecourse and features 24 National Hunt meetings at 12 racecourses.

Kilbeggan will join the roster for the first time on Friday June 29, with Killarney and Downpatrick racing on Tuesday July 7 and Wednesday July 15 respectively. Tramore hosts the first of their meetings on Saturday July 18.

Significant changes have been made to the traditional race programme at the Galway festival but the Galway Plate and Galway Hurdle will be run on the Wednesday and Thursday of the meeting as normal, with a Listed Novice Hurdle and a Grade 3 Novice Chase featuring on the respective cards.

Also maintained in the revised National Hunt programme are the Grade 3 Grimes Hurdle at Tipperary on June 26 and the Grade 3 An Riocht Chase and Grade B Bourn Vincent Handicap Chase at Killarney on July 7. The Fast Shipping Handicap Hurdle at Bellewstown on July 4 and the Midlands National at Kilbeggan on July 10 will be other opportunities prior to the Galway Festival.

Shane Doyle, HRI’s Race Planning Manager, said: “Most cards have been programmed with the possibility of a divide included to respond as effectively as possible to the demands of the horse population and give additional opportunities in the areas of highest demand.

“The quality of horses running through the summer programme, even outside the Galway Festival, continues to rise, with the likes of Ballyoisin, Darver Star, Peregrine Run and Ravenhill appearing regularly last year. I am sure we can look forward to some top action when National Hunt racing gets back underway.”

Horse Racing Ireland will publish the full Flat programme up to the conclusion of the Galway festival later this month.