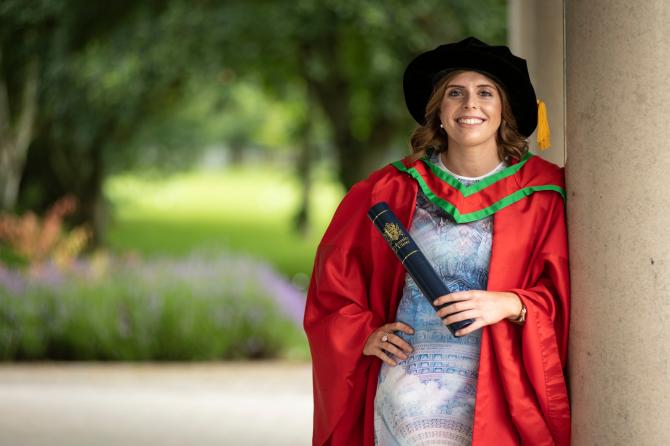 Katie Mullan received the honorary degree of Doctor of Science (DSc) from Ulster University for outstanding services as captain of the Ireland ladies hockey team.

Katie Mullan received her award at Ulster University’s summer graduations at its Coleraine campus on Monday.

The Coleraine woman made history last year by becoming the first Irish captain to lead a team to a world cup final, in her case the final of the Hockey World Cup in London.

“She is an inspirational leader whose attitude, dedication and determination has enabled a whole team of young women to push their limits and achieve success,” said a UU spokesperson.