Fans may be allowed to attend Irish Cup final 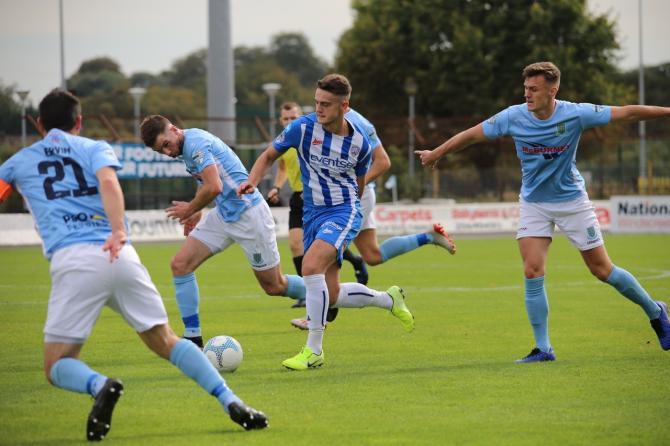 Coleraine and Ballymena Utd meet in the first of semi-finals on Monday afternoon.

THERE is a growing belief that some fans will be able to attend the final of this season's Sadlers Peaky Blnders Irish Cup.

Thursday's announcement by NI Executive ministers that supporters can attend outdoor sporting events 'where the operator can control access and ensure adherence to social distancing' has led to renewed optimism.

The final is due to take place at the National Stadium at Windsor Park next Friday evening.

The two semi-finals take place at the same venue on Monday, with Coleraine and Ballymena Utd meeting in the first game at 4pm before Cliftonville and Glentoran play later the same evening.

IFA President David Martin said he was hopeful that some supporters would be in attendance at Friday's final and admitted that the association had been working with government departments 'for several weeks.'

"In line with the return-to-play protocols our ambition is to have supporters present at the cup final," he added.