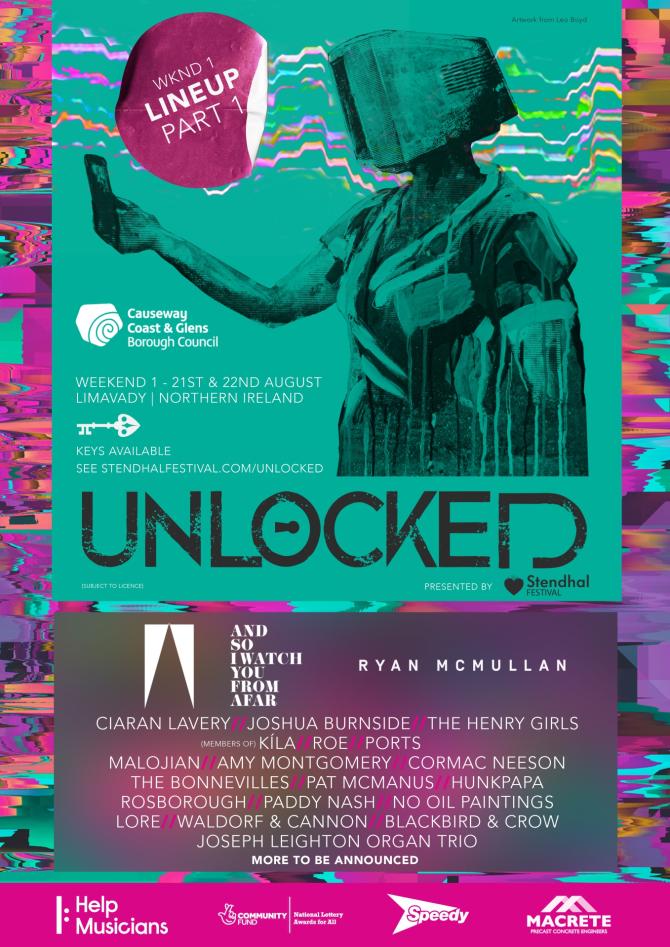 THE first wave of the musical line up for the first ever socially distant music festival in the history of Northern Ireland has been released and a plethora of the very best acts from around the country are set to take to the stage for the first time in months.

The first event in the Unlocked series of festivals, presented by Stendhal Festival, takes place at Ballymully Cottage Farm, Limavady on August 21 and 22 (subject to license) and will include performances from headline acts And So I Watch You From Afar and Ryan McMullan.

Over 40 bands in total will be on the bill at each of the Unlocked events and Event Director Ross Parkhill says it is great to be able to announce acts and continue to give those in the industry here a little bit of light at the end of what has been an uncompromising tunnel.

He said: “We are really pleased with how event one is coming together, we have a great mix of genres, a line-up that have all previously gone over really well at past Stendhal events and some of the finest talent in Ireland taking to the stage.

“I think everyone who is on the bill are really excited to be even on a bill at this point, the last three months or so have been incredibly tough on those who make a living through music and the arts, so to be in a position now to fight for them to get back on stage is really important.”

Unlocked is still very much subject to lockdown regulations and would require Stormont to decree that at least 500 people can gather outdoors before the event can go ahead.

On that front, the organisers are hoping that there can be a joined approach on the issue with the Republic of Ireland, who this weekend are allowing outdoor gatherings of 200 people and then from July 20, 500 people.

Ross added: “With the majority of Covid Issues on both sides of the border we have believed that a joint approach and consultation between both governments is vital, so we hope that there can be some consultation on this issue also.

"It's crazy to think that if we were not allowed to host 500 people outdoors in August that we could potentially drive 20 miles to a farm in Muff just over the border and be perfectly within the guidelines to do it there.

“We have a really excellent plan in place to run the events while fully adhering to all social distancing measures and we are confident that once the decision makers get to review this plan that Unlocked will by given the go ahead.”

Tickets for Unlocked Events 1 and 2 are available from July 4 at www.stendhalfestival.com.