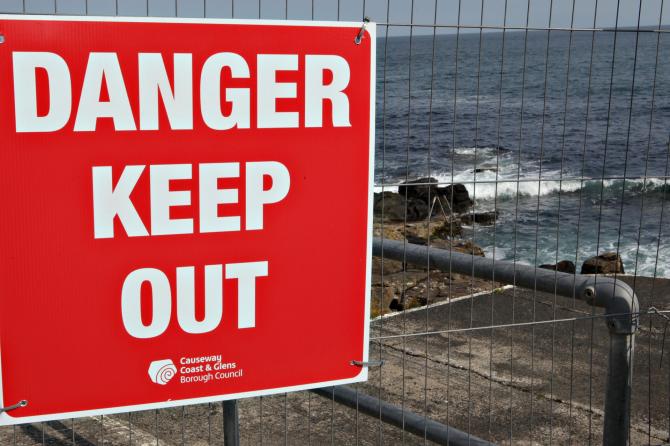 Residents in Portstewart had questioned why access was denied to the popular bathing spot.

WORK is ongoing to repair a pathway and handrail at the Herring Pond in Portstewart, Causeway Coast and Glens Borough Council has confirmed.

A number of residents in the north coast resort had taken to social media to question why access had been denied to the popular bathing spot.

So, prompted by their concern, we contacted the local council for an answer and this is what they told us:

"A contractor has been appointed with work starting today and should be completed by next Tuesday (weather/tides permitting)," a spokesperson said.

"The work entails replacing the concrete pathway and handrail which were damaged by storms."

Hopefully that clears the issue up and residents can get back in the historic pond sooner rather than later.