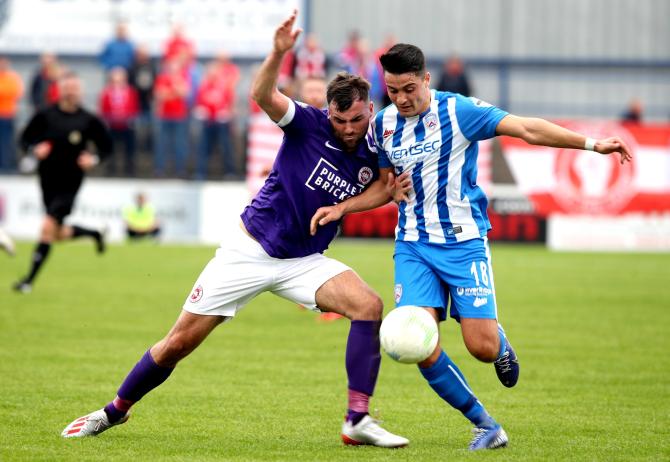 THE chairman of Coleraine FC says he is looking forward and not back after what he admits has been a tiring and stressful time for everyone involved in Irish League football.

Colin McKendry was speaking on Monday after it emerged that the 2019/20 season looks set to end without another ball being kicked.

Following a series of meetings, including on both Sunday and Monday morning, the 12 teams in the Danske Bank Premiership failed to reach a unanimous decision on how to resume the campaign.

A meeting of the NI Football League board was expected to rule on Monday night that the season's final league placings would be determined either on positions as they were when the league was curtailed in March or by using a mathematical formula.

If, as is expected, the season is to end with the current standings, Linfield would win the league and secure their place in the Champions League qualifiers, with runners-up Coleraine taking the Europa League spot.

In addition, Institute would drop into the Championship with Portadown replacing the north west club in the top division.

“Coleraine can hold their heads high in all of this,” said Colin.