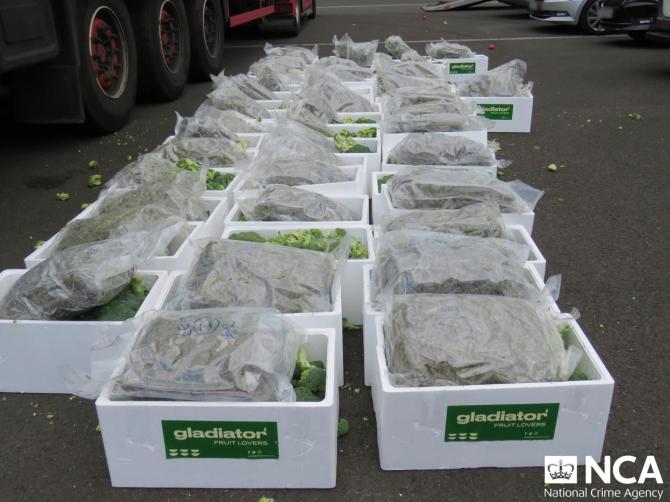 THREE men have been arrested following the largest drug seizure ever made by the National Crime Agency (NCA) in Northern Ireland.

An estimated 600 kilos of herbal cannabis was recovered from among a cover load of vegetables from a lorry stopped in Templepatrick, Co Antrim, in the early hours of Wednesday.

The seizure came following an ongoing investigation into drug supply by the NCA in a joint operation with colleagues from the Police Service of Northern Ireland (PSNI).

The drugs are estimated to have a street value of between £10-12 million.

Three men have been arrested, including the lorry driver, on suspicion of conspiring to import controlled drugs.

Those men, aged 62, 37 and 32, are from County Tyrone, County Londonderry and County Armagh.