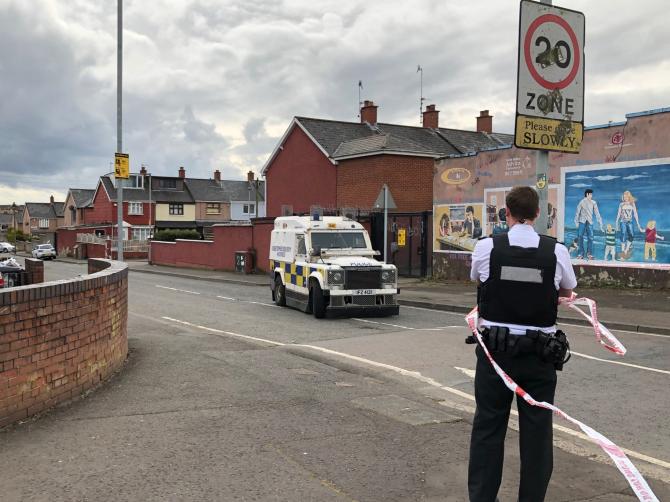 The incident took place at a house on Etna Drive in the Ardoyne area.

A MAN has died following a shooting in Belfast.

The incident took place at a house on Etna Drive in the Ardoyne area.

A burned-out car was reportedly found nearby.

There was a heavy police presence in the area on Saturday afternoon with lines of Land Rovers sealing off both ends of the street.

The Police Service of Northern Ireland (PSNI) confirmed one man died in the shooting.

A PSNI spokeswoman said officers remain at the scene, adding: "We will provide further updates when we can."

"I would appeal for calm at this time in the area and stress that anybody with any information about this horrific incident should bring it immediately to the PSNI," he said.

"Actions like this have no place in our society and I repeat my condemnation of those involved.

"At a time when all frontline statutory agencies and indeed communities are doing what they can to fight against Covid-19, this just adds to the suffering unfortunately being experienced by local people at this time."

SDLP councillor Paul McCusker said the incident has caused shock in the area.

"A man was shot in a garden in this community in broad daylight.

"It's hard to describe how traumatic this has been for people who were going about their business," he said.

"My thoughts are with this man's family at an incredibly difficult time.

"Police have locked down a large part of the community where the shooting took place and near a burned-out car nearby.

"I would urge everyone to co-operate with PSNI officers as they investigate.

"I would encourage anyone with information to bring it to the police as soon as possible."