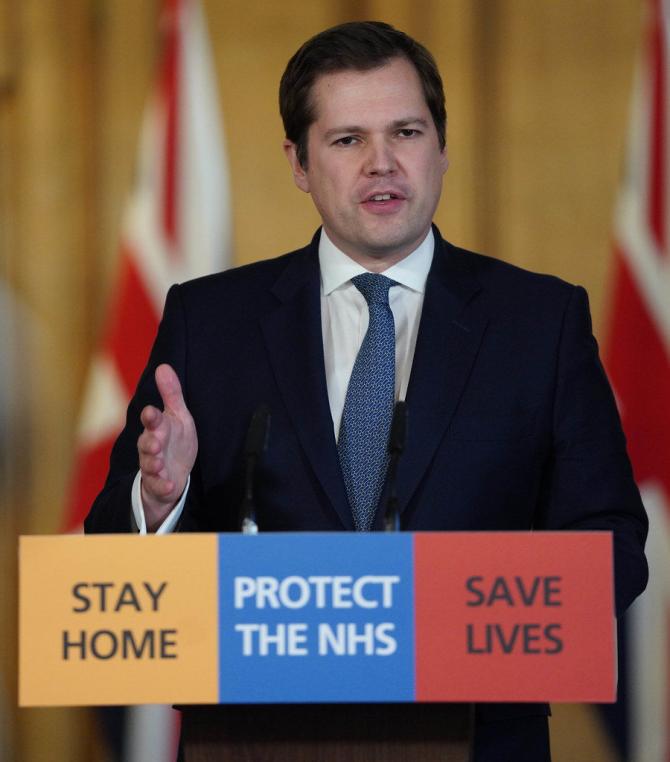 SIX more people have died with coronavirus in Northern Ireland, bringing the total to 21.

It is the largest increase in deaths with the virus in Northern Ireland in a 24-hour period.

The Public Health Agency (PHA) said another 86 people had tested positive for the virus, bringing the total to 410.

There have been another 209 deaths across the UK, meaning 1,228 people in total have died with the virus. The most recent figures in the Republic of Ireland were 14 new deaths for a total of 36 overall.

The figures, released on Sunday, come as the government put all parts of the UK on an 'emergency footing.'

"This is an unprecedented step in peace time, we haven't done anything like this since the Second World War," said Communities Secretary Robert Jenrick.

"It means that we are establishing strategic co-ordination centres across the whole country."

Each would be led by gold commanders and have members of the armed forces embedded in them, he added.

Meanwhile, a key government doctor has warned that normal life will not resume for at least six months.

Dr Jenny Harries, deputy chief medical officer for England, said the nation will not be in 'complete lockdown' for half a year but said social distancing measures will be lifted gradually.

Dr Harries said the three-week reviews on the measures to slow the disease's spread will likely continue for six months and that their success would be judged on slowing its rate.

"But we must not then suddenly revert to our normal way of living, that would be quite dangerous," she said.

"We need to keep that lid on and then gradually we will be able to hopefully adjust some of the social distancing measures and gradually get us all back to normal.

"Three weeks for review, two or three months to see if we've really squashed it, but three to six months, ideally, but lots of uncertainty in that but then to see at which point we can actually get back to normal and it is plausible it could go further than that.

"This is not to say we would be in complete lockdown for six months, but as a nation we have to be really, really responsible and keep doing what we're all doing until we're sure we can gradually start lifting various interventions which are likely to be spaced - based on the science and our data - until we gradually come back to a normal way of living," she added.

Her warning at Sunday's coronavirus press conference came as the NHS announced the first confirmed death of a frontline hospital worker with Covid-19.