'This is not a dummy run' 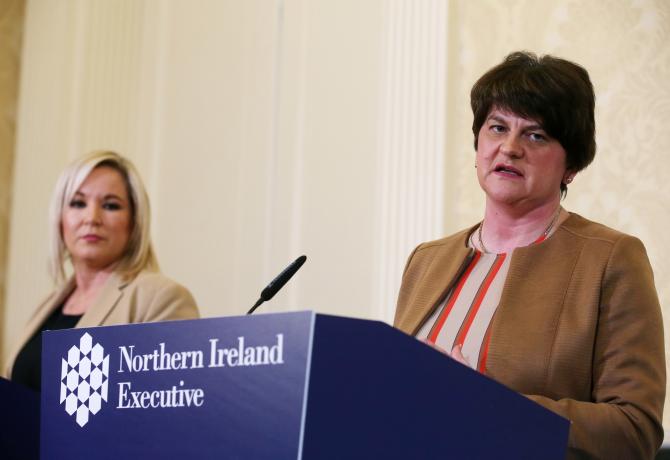 Speaking during a press conference at Stormont on Monday, Arlene Foster warned that there could be a 'wave of deaths' if people in Northern Ireland did not obey social distancing rules.

Michelle O'Neill, meanwhile, urged the public to understand that 'this is not a holiday, this is an emergency.'

Their comments come amid renewed speculation that the British government could introduce more stringent measures to tackle the ongoing crisis.

At the weekend, there was much criticism, much of it on social media, after it emerged that many people appeared to be ignoring advice on social distancing.

The situation was particularly bad on the north coast where there were reports of resorts being packed with visitors, prompting calls from local representatives for people to stay away.

At Monday's press conference, the First Minister hinted that the Stormont executive would soon have the legislative power to enforce social distancing.

It was also confirmed that food and medicine supplies have been secured, negating the need for panic buying, and that letters will be sent this week to 40,000 people deemed 'most at risk' and telling them to stay at home.

"We won't get a second chance at this, this is here, this is now, this is not a dummy run," said the deputy first minister.

"We can come through this, we can come out the other end. But the message couldn't be clearer - please stay at home."

Also on Monday, it was revealed that 20 new cases of Coronavirus had been confirmed in Northern Ireland, bringing the total to 148. Two people have died.

Keep up date with all the latest developments with The Chronicle, on line, on social media and in Tuesday's newspaper.