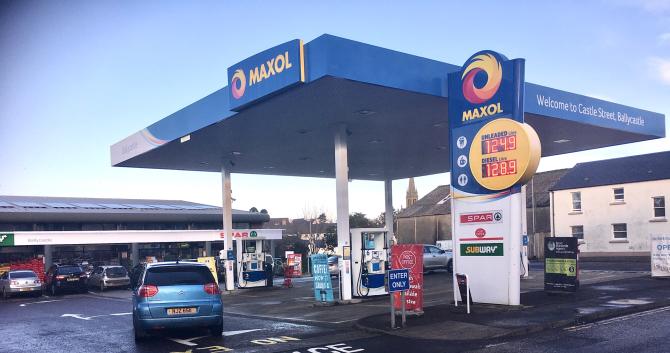 AN increase in business premises valuations in Ballycastle has been deemed a ‘bodyblow’ to the town, with the UUP's Cllr Joan Baird calling for the new Finance Minister to make it his first priority.
It was a mixed bag for business premises in Ballycastle after they were revalued to reflect April 2018 rental values, but one business whose rates would increase by over 100% said it could be a 'major blow' to the viability of their stores which provide essential services for communities in Northern Ireland.
Non-domestic rates bills from April 1 this year will be calculated using the new Reval2020 draft valuations published by Land and Property Services (LPS).
While some business owners are celebrating reduced valuations, others dreading the arrival of their rates bills include Spar on Castle Street where the valuation has risen by more than 100%, from £27,200 to £54,200.
Mark Adrain, Group Property Director at Henderson Group, owners of the SPAR, EUROSPAR and ViVO brands in Northern Ireland told The Chronicle: “As a neighbourhood retailer, owning and operating over 90 stores in Northern Ireland and partnering with almost 400 independent retailers under our brands, we are concerned with the draft NAV figures by  LPS."