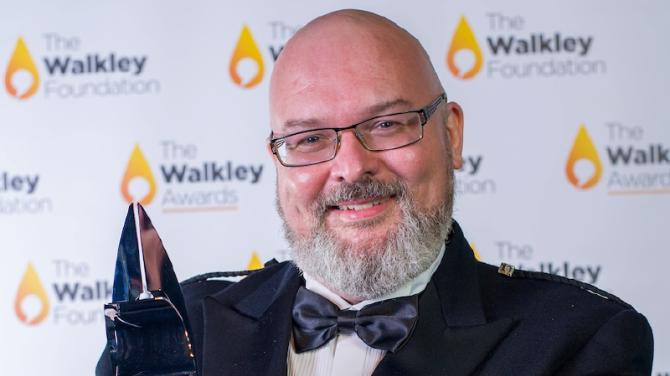 AWARD-winning journalist Barry McAlister may not live locally any more, but he remains true to his roots and after winning a Walkley Award for Excellence in Journalism, which is Australia's most high-level award in the industry, he was delighted to hear from his 'local' paper!

Barry, (known as Baz in his adopted homeland of Brisbane) was born and raised in Bushmills/Portballintrae and is a former Dalriada pupil.

He has been living in Australia for the past 15 years where he now works as a senior journalist on Brisbane's The Courier-Mail.

Speaking to The Chronicle, Barry, 46, explained how his highly sought after award came about.

He said: “After finishing Upper 6th at Dalriada, I studied and worked over in Glasgow for about a decade - I studied English Literature at the University of Glasgow.

“I moved to Australia and when I got here, I studied a postgraduate Master’s in Journalism at the University of Queensland.

“It took a year-and-a-half, and during that time I managed to get a foot in the door of the industry, working as a freelancer and an arts editor for a local entertainment magazine called Time Off, and later moving to the state’s metro daily The Courier-Mail (and its Sunday edition The Sunday Mail) as a subeditor.

“After a few different roles. I’m now deputy night editor, and have been in that job for about five years of my ten years at this paper. Writing (hopefully) clever and funny headlines is definitely my favourite part of the job, which also involves page concept and design, subbing, directing the rest of the production team.”

Although Barry has been in Australia for over a decade, his proud parents Joan and Jim still live in Portballintrae.

Barry said he tries to get home as often as possible and he, wife Mandy who is a nurse, and their little son, Gulliver, plan to come for an extended stay next year.

Barry's award was in recognition of his headline-writing skills. The Walkley Foundation reported: “Writing tabloid headlines is an art form and Baz McAlister’s wordplay is an editor’s dream, selling even the softest stories with puns and punch. A story about a fallen donkey that had to be winched out of a septic tank was a gimme, while McAlister’s deft touch on a traditional saying succinctly summarises a story about Adani mine approvals delayed by environmental approvals regarding a black-throated finch.

And, hello, finding a way to insert a Lionel Richie earworm into a yarn about a prison fight over a mealtime incident might be downright genius.”

Barry is a four-time winner, eight-time finalist and frequent MC of Queensland’s Clarion Awards. This is his first Walkley Award.