'Lives are being put at risk' 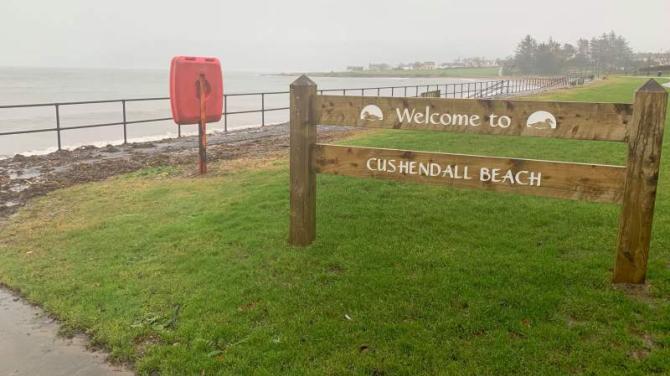 A GROUP of people from Cushendall have taken it upon themselves to place lifebuoys on Cushendall beach after Council told them throwlines were 'adequate'.

Joe McCollam, a Naval Architect and volunteer with the local lifeboat, slammed officers at Causeway Coast and Glens Borough Council who he claims are 'putting lives at risk'.

Speaking to The Chronicle, Joe explained how this came about. He said: “I live not far from Cushendall beach and I would take part in a number of triathlon events. I swim at the beach at least 100 times a year and I always just assumed there was lifebuoys in the containers.

“I was at the beach earlier this year with my three children and opened the container closest to me, more out of curiosity than anything else. It was empty. I thought it was strange and was a bit surprised but walked on down to the other two and was absolutely appalled to find all three empty with only throwlines there.

“At that time I contacted a local councillor who said they would look into it but I didn't hear back from them.

“I come from a lifeboat background, my job is to assess boats for sea safety, believe me I know how important Lifebuoys are and how much they ARE needed on a beach like Cushendall.

“A throwline is not an adequate life-saving device for someone in trouble in the water without a suitable floatation device attached to it, most people, without training would not be aware of how to use a throwline properly.

“After last Monday's tragic incident at Ballycastle beach I contacted the councillor once again and was told that after speaking to the Officer in charge of beach safety that they had taken advice and that a throwline was adequate.”