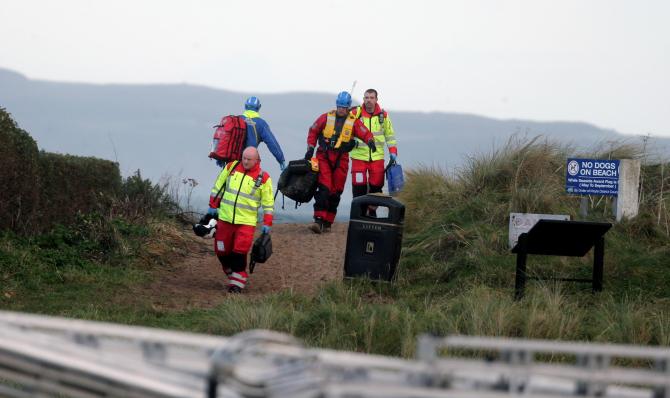 THE woman who lost her life in an incident at Ballycastle beach on Monday morning was mother-of-two, Deirdre McShane, who was a regular morning swimmer.
Deirdre, a community midwife, could be seen swimming with a group of friends most mornings before she went to work.
Sinn Féin Councillor Cara McShane who was a close friend, as well as relative,  paid tribute to the woman she described as having a “real zest for life”.
Speaking to The Chronicle, Cllr McShane said: “Whilst this is a personal tragedy for the family it is also a tragedy for the whole of Ballycastle, Ballintoy and the wider North Antrim community.
“The shock is palpable as members of the community just try to pull together to support Deirdre's daughter Roisin, son Odhran and her partner, Joe.
“Deirdre was a very cautious swimmer, she was used to the sea, she would never have taken any risks – there are some unanswered questions right now but there would have been a large swell this morning.”
Describing Deirdre, 58,  as “such a positive person”, Cllr McShane said anyone who knew her had a friend for life.
She said: “She was so well known, she had such a caring personality and a passion for life.    She loved going to traditional music sessions and she had recently started to attend Irish language classes and loved using it when she had the opportunity.
“Deirdre had a very positive outlook on life and wouldn't have spent long dwelling on negatives, she had such positive energy.
“She was a great confidante and was always up for a laugh.”