Wrightbus ‘could employ 500’ by next year - Bamford 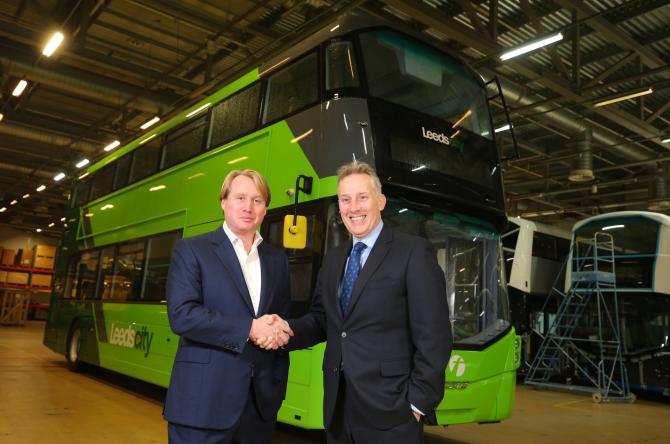 FORMER  Wrightbus employees have been told that they could  receive statutory redundancy  payments before Christmas - and it has also emerged that around 500 jobs could be created under new owner Jo Bamford.
The employees’ hopes were raised in letters to both MP Ian Paisley and TUV MLA Jim Allister, in which the Permanent Secretary for the Department of the Economy Mr Noel Lavery said that the treatment of former Wrightbus employees was the Departments “top priority.”
He  told Mr Paisley that to date 935 claims for statutory redundancy have been received from former employees and the department continues to receive claims on a ‘daily basis.’
However, some hope has been given that this money will be paid out before Christmas.