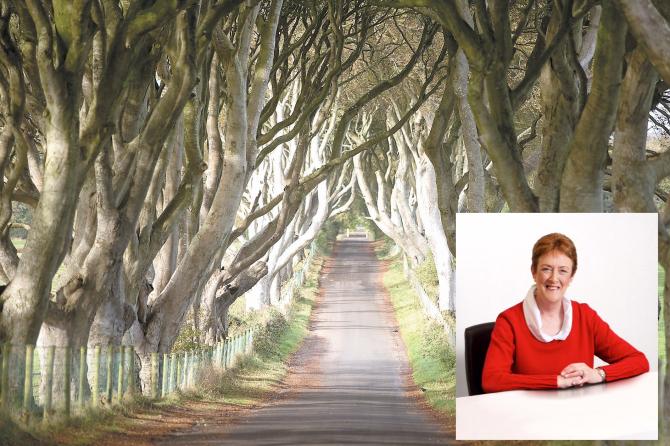 The famed Dark Hedges, which draws ever greater numbers of tourists every year, with Cllr Joan Baird inset.

A LOCAL councillor has urged the owners of the Dark Hedges Estate to “hurry on and complete the underpass” from their hotel to the iconic beech trees, amid ongoing concerns about road safety in the area.

UUP Cllr Joan Baird made her remarks as The Chronicle has learned that negotiations in respect of the underpass under Ballinlea Road are are still not concluded nearly 18 months after planning permission was granted.

Cllr Baird has described the current situation of “cars and buses parking on the bend,” as “an accident waiting to happen.”
Speaking to The Chronicle  UUP Cllr Joan Baird told the paper: