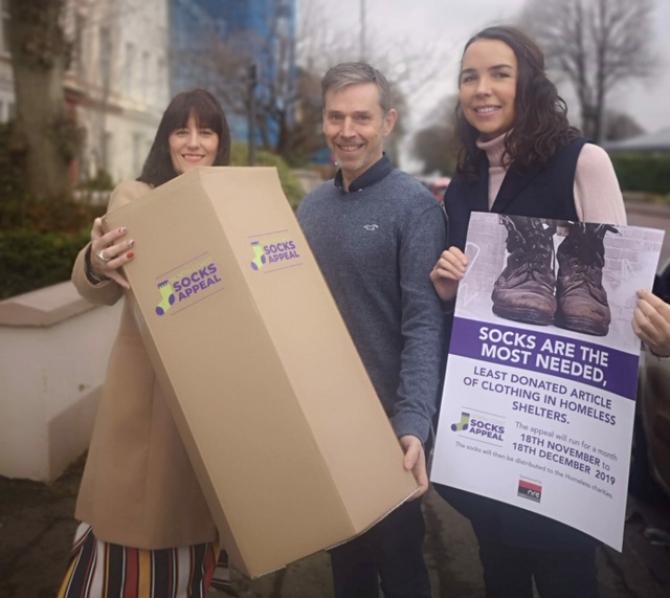 THE Chronicle is delighted to lend its support to North Coast Socks Appeal, an initiative started by two friends to help homeless people this Christmas.

The scheme is the brainchild of local women Cindy McKendry and Stephanie Quigley, no strangers when it comes to helping others.

Their latest idea is a simple one: they are asking people to donate a pair - or pairs of new socks - which will then be distributed among those most in need this winter.

Collection boxes have been installed at premises across the north coast, including The Chronicle's temporary home at Lodge Road in Coleraine.

Members of the public are invited to drop off socks at any of the participating businesses up until the closing date of Wednesday December 18.

"We have been overwhelmed by the response," admitted Stephanie.

"Within days of launching the appeal we had people approach us, asking how they could get involved.

"As a result, there are drop-off points right across the north coast, Limavady, Ballymoney, Cushendall, Derry and Strabane, with more to come."

It's believed that schools and churches as far away as Belfast will also play their part.

"We have one simple mission and that is to provide enough warm socks over the winter for homeless shelters in Northern Ireland," explained Cindy.

"Clean socks are something that all take for granted but they are an essential for life on the streets.

"This is a very simple and kind gesture and can help a lot of people," she added.

The campaign continues until December 18 when the socks will be collected before being distributed to those in need. Collection points below...