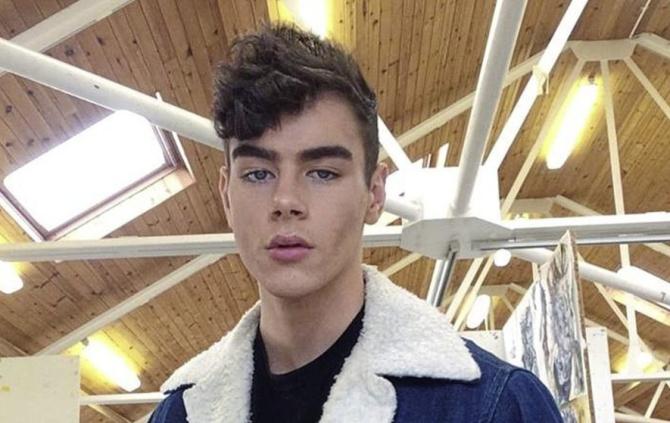 Terry Geddis has been recognised for his contribution to mental health awareness in memory of his late son, Zachary.

A COLERAINE father who has helped to raise awareness of mental health issues following the death of his son is among a number of local people shortlisted for the SuperValu SuperStars awards.

Terry Geddis, whose son Zachary took his own life in 2017, is one of six people from county Derry/Londonderry who will attend the prestigious awards ceremony in Belfast's Titanic Hotel on Thursday night.

The well-known karate instructor has been nominated in the the Fundraising SuperStar category after raising thousands of pounds through a series of cycling fundraisers.

He will come up against Emma Graham, also from Coleraine, who has helped to raise £30,000 this year alone through a series of 'Srictly' fundraising events.

The third candidate in the category is Greg McLaughlin from Claudy who has raised a considerable amount for the Foyle Hospice and Children in Crossfire through a charity barn dance.

Gouri Riya Chugh from Derry city, is shortlisted in the Young SuperStar category, Willie Lowry of the Limavady based Titans Kickboxing Club is hoping to be named the Unsung SuperStar, while Karen McGuigan from Draperstown is nominated in the Community Group SuperStar category for her work with mental health charity STEPS.

The six local heroes are among 30 finalists from across Northern Ireland shortlisted in five categories.

The overall winner will walk away with £1,000 for themselves and a £1,000 donation to a charity of their choice while all the other finalists will receive SuperValu vouchers.