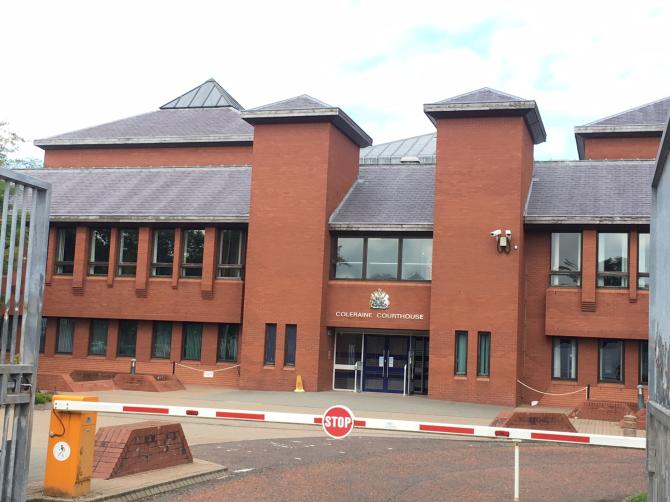 Christopher and Amanda Fulton appeared at Coleraine Courthouse this morning.

A Judge has lifted a ban on reporting allegations of child cruelty against a couple from Mosside.

They are accused of grievous bodily harm with intent, two counts of child cruelty involving two different children and causing or allowing a child to suffer serious physical harm.

The judge imposed reporting restrictions after hearing the defendants had been the subject of threats resulting from social media coverage of their arrest.

The pair were denied bail when they appeared in court again on Friday.

During the hearing, the court heard a four-month-old child suffered a fractured skull, lacerations to the liver and broken ribs.

The infant is now off life support but may have been left blind, the court heard

A defence lawyer insisted his clients were facing “every parents' worst nightmare”.

He said the accused were entitled to a presumption of innocence while the facts behind the case remained unknown.

*For the full story see next week's Chronicle.