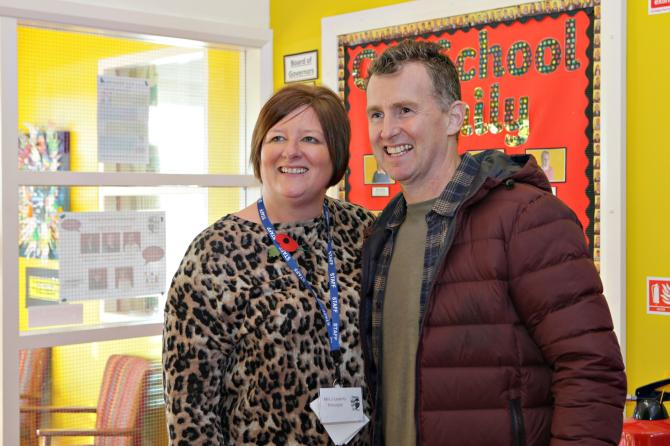 RUGBY referee Nigel Owens has seen the Haka performed many times in his long and illustrious career.

The 48-year-old - arguably the sport's best known official - was treated to a unique version by pupils of Damhead PS during a brief visit on Friday morning.

The kids had learned the ceremonial dance, traditionally performed by the New Zealand rugby team, as part of a shared education project focusing on the recent Rugby World Cup in Japan.

And it certainly seemed to impress their visiting dignitary who had witnessed the All Blacks perform the routine prior to their semi-final defeat to England just weeks previously.

"I've never seen the Haka performed like this before," smiled the avid Welsh supporter.

"It's very good. The kids seem very focused and I have to say, it scared me!"

Owens, who was in the province for a number of days, also spoke to hundreds of post-primary schoolchildren in Limavady about issues surrounding mental health.

For the full story, see this week's Chronicle.