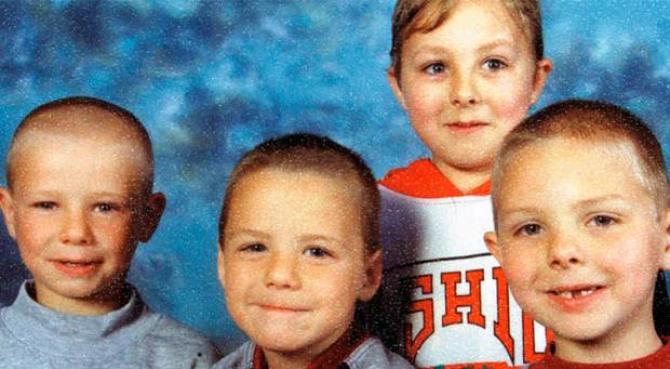 The Quinn brothers Jason, Mark and Richard. The other brother Lee (behind) was staying with his grandparents.

THE death of a man, implicated in the 1998 sectarian killing of the Quinn children, is not being treated as suspicious by police.
The body of Raymond Parke was pulled from the River Bann on Thursday - 21 years on from the petrol bomb attack which killed brothers Richard (10), Mark (9) and Jason (8) Quinn in Carnany Estate, Ballymoney.
The Bushmills man was connected to the atrocity by Garfield Gilmour who was convicted on three charges of murder after admitting driving Parke and two others to the Quinn house in the early hours of July 12, 1998.