Inspiring the next generation of journalists 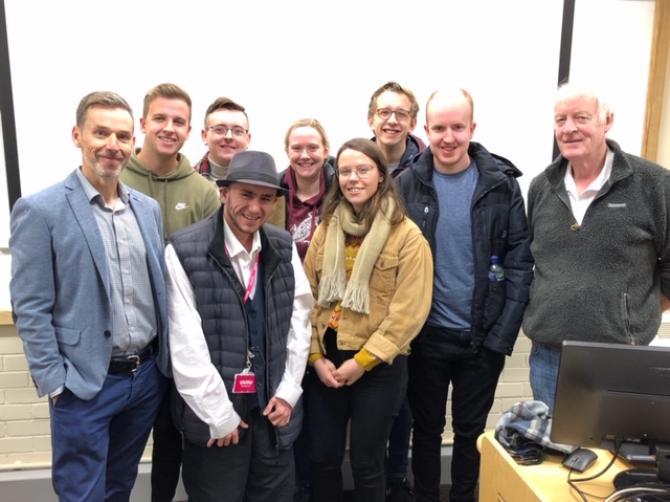 CHRONICLE deputy editor Damian Mullan has attended Ulster University to meet with the next generation of journalists.

Mr Mullan spoke to students on the MA Journalism course in Coleraine about the importance of local newspapers.

"It was a great opportunity to chat with the students who are, potentially, the next generation of journalists and reporters," says Damian.

"They were keen to learn about the history of The Chronicle and how it serves the population of the Causeway Coast and Glens Borough Council area.

"In common with all media organisations, the paper has undergone changes in recent times but it continues to play a vital role in the community," he adds.

The visit comes as The Chronicle celebrates its 175th anniversary with a souvenir edition on Tuesday.

A 32-page supplement delves into the rich history of The Chronicle and includes recollections of many of those who worked there, including former editors Hugh McGrattan and Grant Cameron.

Anthony Toner, now a hugely successful singer-wongwriter, speaks fondly of his time on Railway Road, describing the newspaper as 'the only circus in Ireland with a cement floor.'

"It's a terrific read," continues Damian.

"There are great articles from a wide range of people along with some fascinating old photographs and is a real must-have for anyone with an interest in local history.

"The paper has been around since 1844 and, despite challenges, will likely be round for some time to come.

"Who knows? Some of the students I met on Thursday might even work here in the future."

The MA Journalism course at Ulster University is a post graduate academic course accredited by the NCTJ.