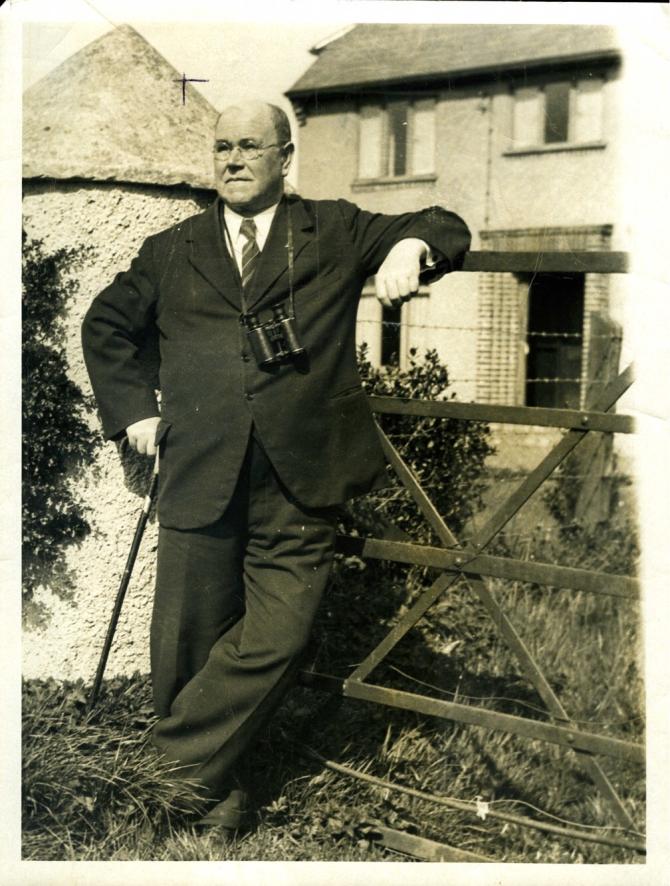 A screening of a new documentary that celebrates the Causeway Coast’s musical heritage will open this year’s Atlantic Sessions music festival.

‘Sam Henry - Songs of the People’ will play on the big screen in Flowerfield Arts Centre on November 14th at 7 pm. Made for both BBC Northern Ireland and TG4, the programme explores the unique story of Coleraine man Sam Henry and his remarkable collection of over 800 songs gathered all within a 20-mile radius of his home town.

Airing for the first time since its premiere back in June, the free event will feature an introduction by Producer, Stephen Douds, and live performances which will bring some of Henry’s lyrics and music to life.

Sam Henry began collecting songs and taking photographs while working as a Customs and Pensions Officer. Traveling around small farms and villages, he carried a fiddle and played music to put people at ease, while recognising there was a wealth of stories and songs to be shared. He also had to assess people for pension eligibility, and so would often visit the more elderly members of the community.  On one occasion, Henry got a kettle for a woman who could not afford one and in return she gave him ten songs.

In this revealing documentary, directed by acclaimed musician Meabh O'Hare, folklorists, archivists and contemporary music collectors, examine how Sam’s pioneering approach - in an official capacity and later when song collecting - placed him at the heart of rural communities and inspired his greatest work.

His passion for preserving the past produced a diverse collection of songs that is unique to Ulster and which, a century later, remains hugely important to folk artists around the world.

Sam Henry’s contribution was deemed so significant that Alan Lomax – perhaps the most famous folklorist of them all – said Henry’s collection was amongst the best he ever encountered.  Lomax was well-placed to know, as he spent more than 50 years recording music around the world and was the first to record Leadbelly, Muddy Waters and Woody Guthrie.

Commenting on Henry’s work, which he came across in his role as Head of Folksong at the American Library of Congress, Lomax said: “I had been a very provincial kind of American nationalist, my job had been to glorify American sounds, but here was something that was far more delicate, far more ornamental, far more expressive than anything I had heard in my life.

Composer Neil Martin, who has worked with The Dubliners, The Chieftains and Christy Moore, said Henry’s connection with ordinary people was the crucial element of his work.

"We see his extraordinary understanding, his ability to make very accessible his words to people and I think that vein was in Sam Henry as well, that he appreciated the importance and the no-frills of the ordinary person’s song."

The voice of Sam Henry in the documentary is played by Coleraine actor Alan McKee, who said: "To my shame, I was only dimly aware of Sam Henry, despite being born and bred in Coleraine. So when I was asked to voice excerpts from his memoirs, I endeavored to do some research into his life; and what a life it was.

"His ‘Songs of the People’ columns for the Northern Constitution reveal a man who recognised the importance of the music and folklore of the oral tradition. He collected so many songs and airs that would have been lost to us all and left a treasury of music for future generations.

"The parallels between Sam and a literary hero of mine, Robbie Burns are particularly striking; both excise men; both carried a fiddle on official duties; both eager to record and preserve traditions that otherwise might have disappeared.  And on a personal note I was delighted to find out that one of my favourite songs had been collected by Sam, a fellow Coleraine man. So if you’re ever in my company when I have a few on board and I get to my feet to croak my way through “Arthur McBride”, you can thank/blame Sam Henry.”

The event will be held on Thursday 14th November at Flowerfield Arts Centre at 7pm. Tickets are free but we recommend you register in advance at atlanticsessions.com