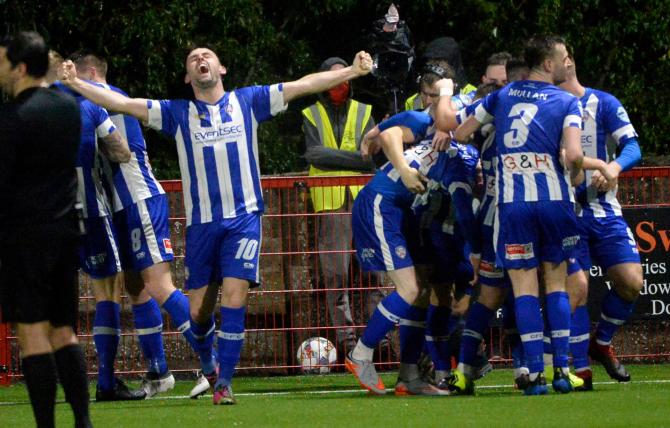 Coleraine defeated Larne in a high-scoring thriller at Inver Park.

POLICE have welcomed the guilty pleas entered at Ballymena Magistrates court today in relation to disorder at a football match at Inver Park in Larne on March 1 2019.

The case focused on the actions of nine men aged between 22 years old and 34 years old who attended the fixture in support of Coleraine FC. All nine pleaded guilty to disorderly behaviour.

Neighbourhood Constable John O’Connor said: "The level of disorderly behaviour displayed by these individuals throughout the match not only reflected badly on the club, but showed blatant disregard for the young families and other supporters who were there to enjoy a day out.

"The use of sectarian language by one of the defendants was also referenced by the judge. Some people were forced to move away from the area where they were seated and others left the game early because of the actions of this group.

"These individuals showed absolute contempt towards the stewards and police officers who repeatedly tried to engage with them. This type of behaviour has no place in football and reflects poorly on clubs and the sport as a whole."

The men will be sentenced at a later date.