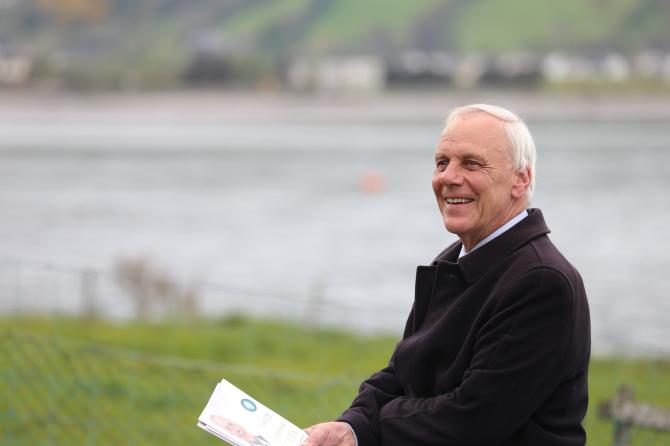 PADRAIG McShane has returned to Causeway Coast and Glens Borough Council, replacing fellow independent Ambrose Laverty.
Mr Laverty was elected to represent the Glens area at the local government elections in May.
Describing himself as “a street fighter”, the former post-master from Ballycastle topped the poll after vowing to seek equality in allocation of resources for his council ward.
Electoral law allows successful candidates to submit a list of named substitutes who will take the seat should the elected member step down.
The substitute must already have signed-off their consent to take-over.
Councillors were told Mr Laverty had resigned his seat last Tuesday, and by Friday the Electoral Office had confirmed Mr McShane as his replacement.
A statement said: “Virginia McVea, the Chief Electoral Officer, today gave notice that Padraig McShane had been returned to fill the vacancy on Causeway Coast and Glens Borough Council.”
When Mr McShane announced he would not be standing be standing for re-election earlier this year he made a string of allegations against senior council officers.
The previous November he intervened in a judicial review over planning approval for a Portstewart Hotel, submitting affidavits containing similar claims.
Mr McShane said the council's role in the affair had been the “real reason” he hadn't sought re-election.

The case has since concluded with ruling quashing the hotel's planning approval.