Reflections of a retired reporter 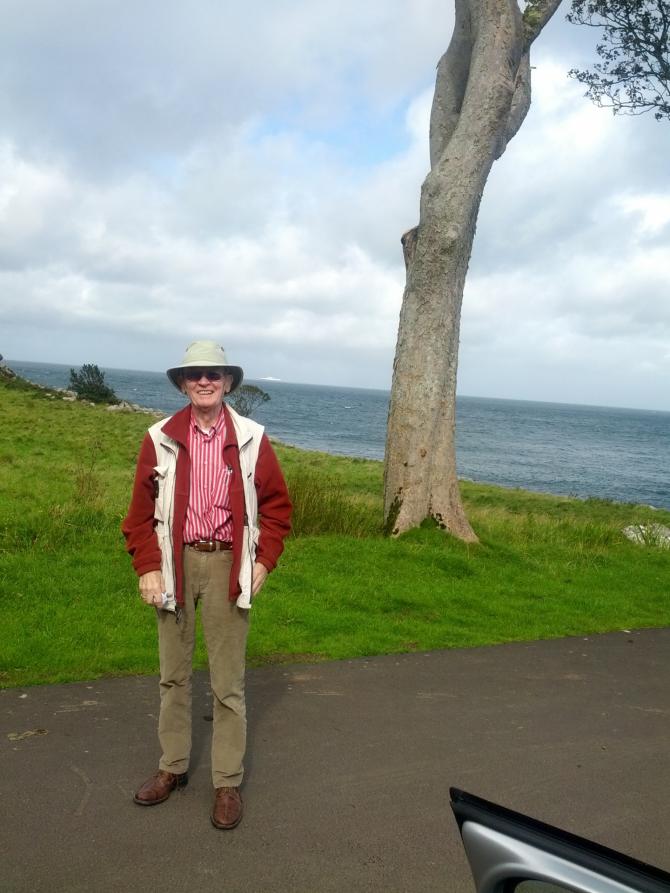 A FORMER Ballycastle man who worked as a local reporter over 30 years ago returned to the town this week for a catch up with old friends.
Mitchell Smyth now lives in Canada with his wife, sons and grandsons, but took time out of his busy schedule to speak to the paper in the town where he broke his first story.
Mitchell told The Chronicle: “I wanted to be a newspaper reporter so I approached the owner of the Constitution at the time – Ivan Russell.  He told me he would need to see if I could write or not and that I'd also need shorthand. That was a requirement back then but I hear now it's not so much of an issue.
“Anyway, I took a crash course in shorthand from a lady in the town of Ballycastle.  My first article was in 1954 and the Royal Yacht Britannia had just been commissioned.
“I heard that a man called Ivan Hunter was  a member of the Royal Navy crew and was on board.  I knew he was engaged to Elizabeth Bell who worked as a switchboard operator at the time and lived on Rathlin Road, so I spoke to her.
“I got some details about Ivan and wrote the story – including the headline, not knowing that copy editors and editors did that back then – but the story was used! On the back page no less (in those days the back page was the front page as adverts covered the front page).
“I called Ivan after it was printed and asked if he liked it.  He said he did and I went in that Saturday for an interview and started shortly afterwards as a cub reporter.  I was doing small bits of writing and going for cigarettes for Bob Atcheson! But I have fond memories of my first days in journalism.”
Mitchell explained how in those days reporters were able to work as stringers for other media outlets and as the troubles got underway he could have found himself covering stories from Dungiven, Claudy and Derry City.
He said: “I finally got fed up.  I said to my wife we'd head away for a couple of years – that was over 30 years ago.