Mental health in the circle with the iAM project 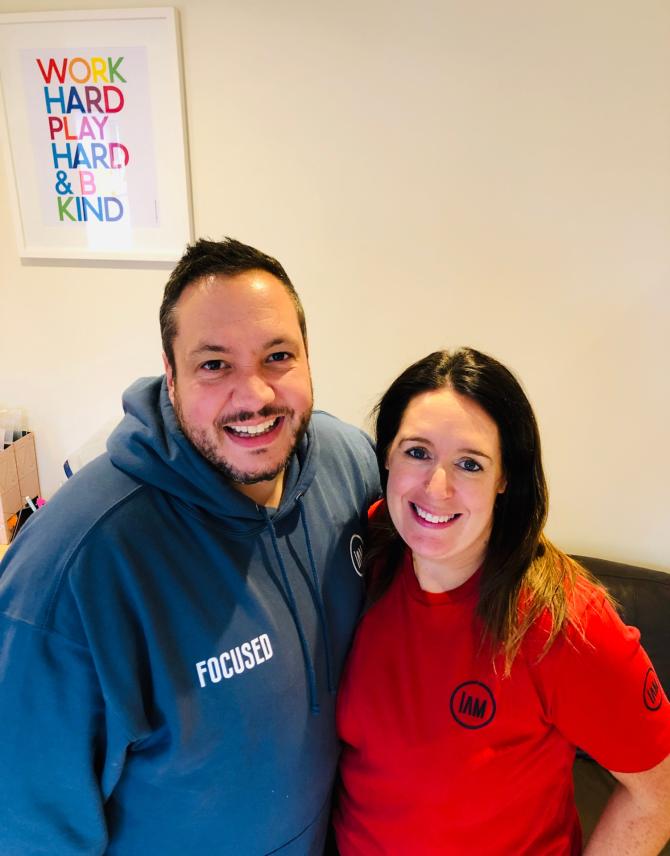 BALLYCASTLE man Mark Donald has spearheaded a new mental health project in tribute to his late mother who died prematurely at the age of 55 after suffering from depression for the majority of his life.
The Chronicle caught up with Mark last week to find out more about 'The iAM project' and the impact Mark hopes it will make in the North Antrim community – and further afield.
Originally from London, Mark settled in Ballycastle over 10 years ago. His wife Paula is a nursery teacher at Ballycastle Integrated Primary School and his four children attend local schools.
Mark (40) told The Chronicle his drive stems from the death of his mother and that although he agrees medication has its place in society, there just may be better ways to deal with mental health issues.
UNDERSTANDING
He said: “They do a fantastic job and I love the NHS, don't get me wrong, but my mother was young and as there wasn’t really an understanding of mental illness and had been prescribed a cocktail of drugs throughout her life, some to counteract others, and we lost her far too soon. I just feel there are other ways to address the mental health issues in society.”
Mark, who is employed with the Northern Ireland Judo Federation and as an independent business advisor with Coleraine and Ballymena Enterprise Agencies, came up with the iAM project which, to date, is fully self-funded by Mark.
He said: “I wanted to do something that would support people, I wanted to help take people out of isolation, build a network, help them to focus and build in some exercise also. I am impatient and wanted to start immediately. So in June this year after lots of background work and research the iAM project was launched.
“Humans need humans. Social media has its place and can be good when used correctly but it also leads to humans feeling isolated.”
Recently Mark worked with Stevie McAuley, a personal trainer from Loughgiel who works in Ballymoney and he was delighted with the response at that initial event.
MOVEMENT
He said: “Stevie chatted about his own background. We did a bit of exercise and chatted about the benefits of exercise for those with mental health issues and ended it in the most Irish way possible – a cup of tea and a bun!”
And Mark is keen to build on this first project, with another planned for the North Antrim area for November, this time yoga.
Victoria Kennedy from Amare Yoga by Victoria will be leading the second project!
Mark said: “As the stress of Christmas comes to the fore, the project will be about centring yourself, learning to relax, learning to love and not comparing yourselves to others."