Road trip from Ballymoney to Morocco ... all for a good cause 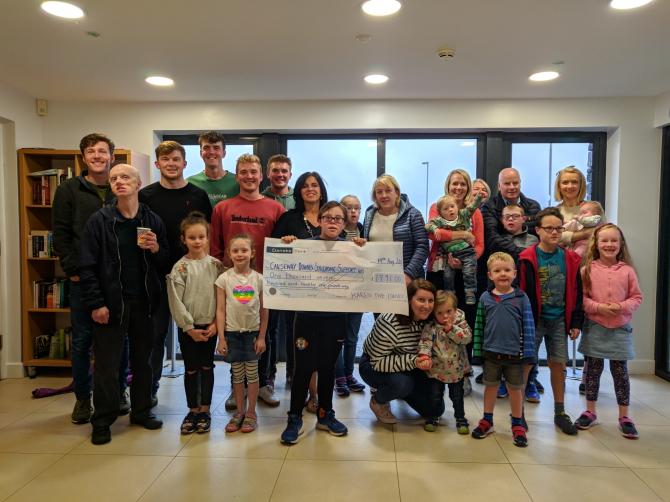 BALLYMONEY to Morocco isn't exactly your everyday trip down the road in a camper van.
However, for a quintet of local men, it was exactly that as they made the journey from Northern Ireland to Northern Africa via several pit-stops in mainland Europe.
James Blakely, Matthew Steele, David McKeeman, Matthew Pollock and Chris Nevin all made lifelong memories as they renovated an old school bus into a motorhome and set sail.
They left Ballymoney on June 11 and reached Morocco 12 days later after visiting Paris, Amsterdam, Madrid and Brussels along the way.
Speaking to The Chronicle, the group explained how their unusual summer holiday came about.
“We all took bikes and travelled around Vietnam two years ago with a few other guys and we thoroughly enjoyed it,” Matthew said.
“The five of us then wondered what we could do next to better that experience.
“We looked at participating in the Mongol Rally, where you buy a car under 1 litre and drive from Europe to Russia.
“However, we decided to buy a camper van, renovate it and travel from Ballymoney to Morocco.
He continued: “We hadn't planned on just going straight to Africa.
“We wanted to drive and see other countries, we went from Larne to Stranraer, down to Dover and then took the ferry to Calais.
“From Calais we drove up into Belgium and then onto Amsterdam, spent a couple of days there and it was brilliant.
“We stopped in Brussels, then Paris and La Rochelle on the way back, before spending time in Madrid and Cadiz prior to catching the boat over to Morocco.
“We thought it would be an adventure to travel from Ballymoney to Africa and Morocco is the closest to mainland Europe.
“The first idea when we landed in the continent of Africa was to travel down to South Africa, but we looked at the danger map and Morocco was green and everywhere else was red, so we were advised not to go.”
“David, Matthew and Chris had graduations and other events to attend, so they had to leave on June 26, but me and James stayed for another week.
“We were at the very top of Morocco, but we wanted to explore other places and we went to the Atlas Mountains and the Sahara Desert which was very warm, before making the trip home.”
During this time, which began as a fun adventure for friends actually turned into something worthwhile, as they set up a Virgin Money Giving account to raise money for the Causeway Down's Syndrome Support Group.
Jill Gurney, chair of the group said: “The group has been going since 2001 and we now support 56 families.”
“The families come from the local Causeway Coast area extending south to Ballymena.
“We provide many weekly activities  including communication groups, music therapy, Pilates, hydrotherapy, multi skills, Allstars music group and Allsorts Youth Club which is for young people who are secondary school age and up.
“During the year we also run social events at Halloween and Easter as well as our Annual Christmas party which gives all our families a chance to get together.
“We meet the second Tuesday of every month in the CAN offices in Ballymoney.
“Our main aim is to support families and that's why our monthly meetings are so important.
Jill was quick to emphasise the importance of fundraising efforts like 'Karen the Convoy' as the group receives no Government funding."