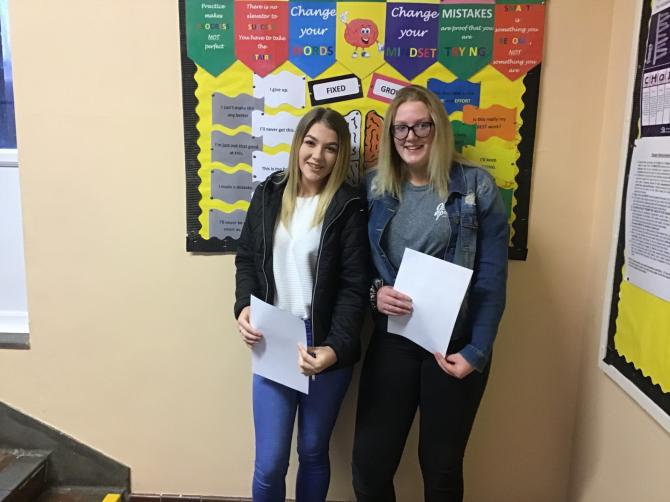 IN a year which has seen significant change in terms of the grades awarded by the examination authorities, it is pleasing once again that overall, high standards have been maintained at Ballycastle High School.
It was the usual mixture of nervous excitement, and anticipation at Ballycastle High School as the Year 12 pupils received their results.
Considerable success was again enjoyed by pupils studying GCSE or equivalent level awards.
Principal Mr Ian Williamson expressed his delight at the achievements of all the pupils at Ballycastle High.
Particularly pleasing was the fact that the school maintained an above average percentage figure of pupils gaining 5 GCSEs or equivalent at grades A* - C including English and Mathematics when compared to similar schools.
Mr Williamson congratulated all the students on their achievements and said: “Whether it is 10 top grades at GCSE which have been achieved, or a smaller number, it is a success story for every individual child.
“It is a clear indication of the hard work and commitment of the staff, parents and pupils of Ballycastle High School”.
Mr Williamson also added his thanks to the staff of Cross and Passion College for their continued commitment and support for the pupils of the collaborative Shared Education offered by both schools.
Mr Williamson wished pupils every success in their future career progression, whether at Ballycastle High School Sixth Form or elsewhere.