Win tickets to biggest party of the summer! 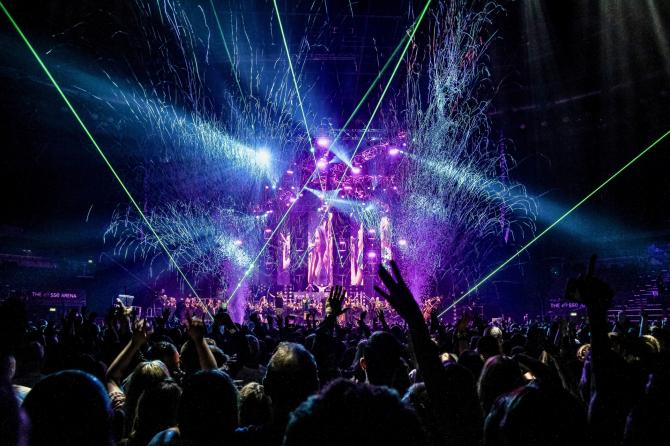 IT'S being billed as the biggest ever outdoor classical music event ever staged in Northern Ireland - and the good news is that you could be there!

The Chronicle has obtained a number of tickets for Saturday evening's spectacular featuring the 55-strong Ulster Orchestra - and some of the world's leading DJs.

Lush! Classical Live takes place at Portrush's East Strand on Saturday evening as part of a three-day 'Live at the Beach' festival hosted by Kelly's Portrush in partnership with LSFX Productions.

It promises to be quite the weekend.

As well as Saturday night's spectacular, the weekend includes a Farmer's Bash on Friday and a free event on Sunday featuring legendary Irish rockers Bagatelle and a DJ set from former Spandau Ballet man Martin Kemp.

"This is a golden year for Kelly's as we celebrate our 50th year so we really wanted to pull out the stops and give our loyal fans the party of their life," said Kelly's owner Peter Wilson.

"Saturday night's event will build on the success of our previous classical meets dance events and we wanted to bring it all back home and recreate an Ibiza-style beach party on the north coast.

The Ulster Orchestra will be guided by Kylie Minogue's musical director Steve Anderson and joined by some of the biggest names in the dance music scene including Seb Fontaine and Tall Paul.

Also there, to watch over proceedings, will be co-founder and resident DJ at Lush!, Col Hamilton.

"We are so excited to be on the final countdown for the weekend which we have been planning for a couple of months," he said.

"Following on from the success of The Open, this is going to be THE legendary party on the north coast this summer.

"I can't wait to share the night with the people of Portrush and the north coast," he added.

* The Chronicle has a number of tickets up for grabs for what promises to be a spectacular weekend.