Lauren’s ‘girl power’ takes her all the way to Canada! 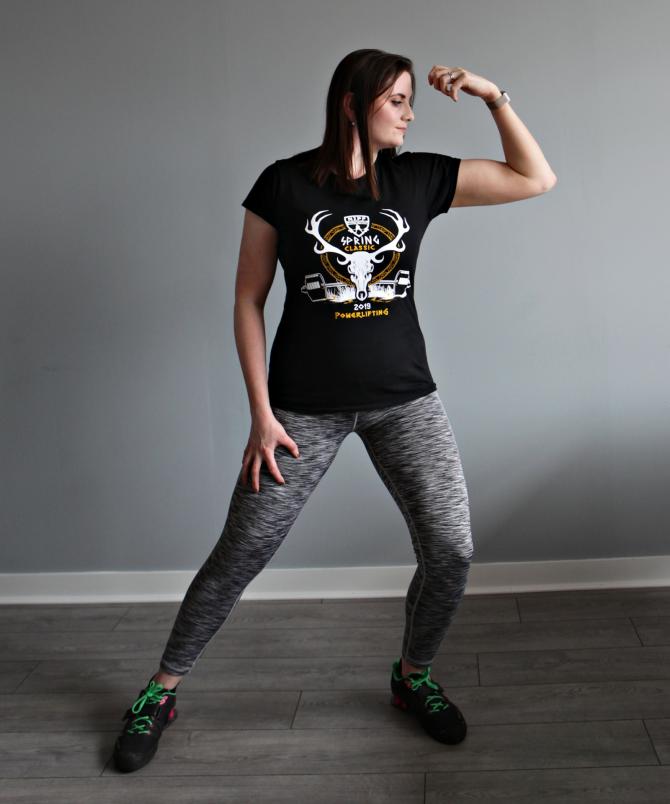 BALLYCASTLE'S Lauren McAuley has squatted, deadlifted and bench pressed her way to a place in the 2019 commonwealth powerlifting championship in St John's, Canada, where she is proud to be representing NI.
The 32-year-old Personal Assistant to the board at  ATG Group in Colerain, spoke to the Chronicle between training sessions last week and give us an insight into the life of a powerlifter!
Lauren didn't set out with the goal of being a powerlifter, but after attending the gym for a while she discovered a real passion for weights!
She said: “I began attending the gym regularly in my mid twenties and enjoyed weights and barbell movements the most - I was never a huge fan of running or lots of cardio.
“I discovered some Northern Ireland powerlifters by chance on Instagram, began following them and developed a real interest in it. It was the first sport I'd ever watched and thought that I could do too.
“I became a member of the Northern Ireland Powerlifting Federation (NIPF) in 2017 and entered my first rookie competition, and after that I was hooked!”
Laura currently trains four times a week, with training session lasting from 1.5 – two hours at a time.  She was originally a member of FunctFit gym in Ballycastle, which has crossfit style workouts and inspired Lauren's love for lifting weights.
She said: “A few months ago I made the decision to focus solely on powerlifting, so I had to change the way I approach my training. I now attend NMK Gym in Ballycastle and I work with a powerlifting coach, Matthew Henry of Max Out Powerlifting, who programs my training every week.”
Although attending the gym and weightlifting began as a hobby for Lauren, it soon progressed into something more!
She added: “It definitely started as a hobby at first. I was never a typically 'sporty' person, I just enjoyed going to the gym and lifting weights to stay fit. However athleticism comes in many forms. When I entered my first rookie powerlifting competition it was a huge step outside my comfort zone, but the adrenaline rush and sense of achievement was fantastic and it made me want to go back for more! I have since competed in three official NIPF competitions and achieved silver medals each time!”
And last week all Lauren's hard work paid off when she was contacted by an official, telling her  a space had become available on the NI powerlifting team for her if she was happy to be considered.
Lauren said: “It was a huge shock, and I definitely had to think about the training and costs involved. However these opportunities in life don't come along very often, so after sleeping on it, plus some discussion with my family and husband Brian, I decided to go for it!”

For more on this story see this week's Ballycastle Chronicle