Borough ‘nothing to fear’ from ‘proud Irish Republican’ Mayor 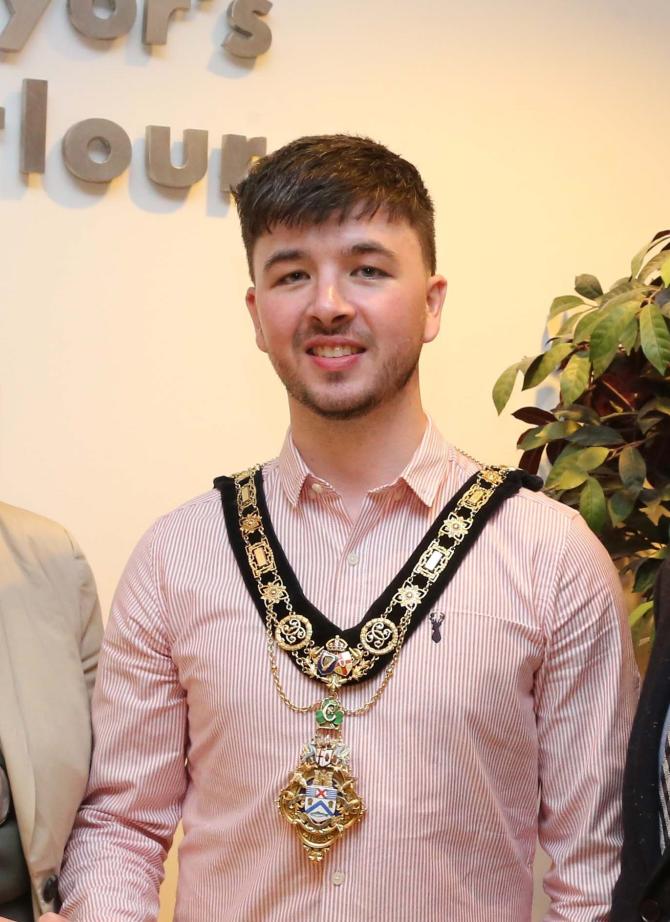 THE new mayor of Causeway Coast and Glens Borough has insisted no-one should fear the appointment of a “proud Irish Republican” to the role.
In his first major address to the newly elected chamber, Sinn Fein's Sean Bateson said the island of Ireland had changed culturally, socially and politically.
And the new mayor said  he intends to represent all citizens of the borough regardless of politics, sexual orientation, language or the colour of their skin.
“Being mayor of this council is a great honour,” he said, “and I want to thank my party for allowing me, a young proud Irish Republican born and bred in Kilrea, this privilege.”
After summarising some of the events he'd attended so far and outlining future engagements, he continued: “I understand my new responsibilities as the council's first citizen and it's a challenge I relish.
“I mentioned my pride in who I am and where I come from earlier not to annoy or antagonise anyone, but merely to demonstrate the changing nature of this island.
“Culturally, socially, politically, from the bottom of Ireland in Cork to its top here on the North Coast, nothing is standing still.
“Nobody has anything to fear, either form this changing society, or indeed from me in my role as Mayor.
“I want to engage, visit, highlight and represent all within Causeway Coast and Glens Borough.”