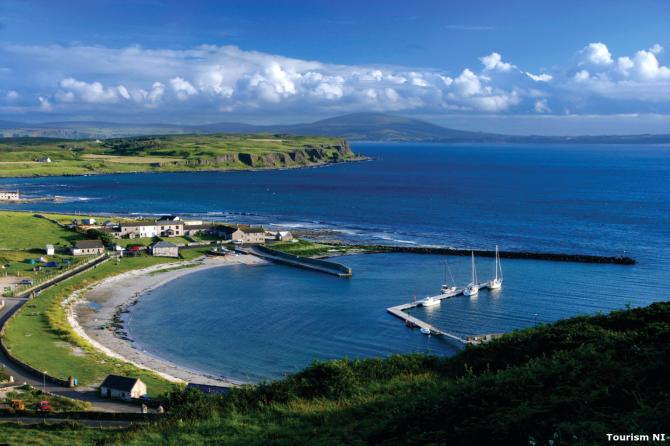 A PROPOSED new social housing development for Rathlin which would see ten new builds on the Island has been warmly welcomed by members of the Community Association.
An information meeting, which is due to be held on Wednesday in relation to the proposed development near Church Bay, will provide further details.
The meeting will be facilitated by Rural Housing Association which is behind the proposed plans.
With Rathlin being the only inhabited offshore island of Northern Ireland, with a steadily growing population of approximately 150 people, it's no wonder locals say more social housing is a necessity.
The Housing Executive built properties back in the 50's and 60's on the island, but most of them have been sold privately over the years.  Six more followed in 1994, two of which have been sold to tenants.
In more recent times, Apex built ten new units in 2013, all which remain on their books.
However social housing stock on the island now consists of 15 houses, all of which The Chronicle believes are permanently occupied.
The proposed plans would mean ten new builds made up of two three bedroom houses, two two bedroom apartments, four one bedroom apartments and two two bedroom wheelchair apartments.
WELCOME
A spokesperson for the Rathlin Development and Community Association said: “The RDCA very much welcomes this new development.
“Housing is always critical to community development and this project has been carefully thought out to cater for Rathlin's specific needs around single people, growing families and those that may consider downsizing in later years.
“We hope that the development will be designed sympathetically to the Islands landscape and character and compliment that beauty of the Island.”