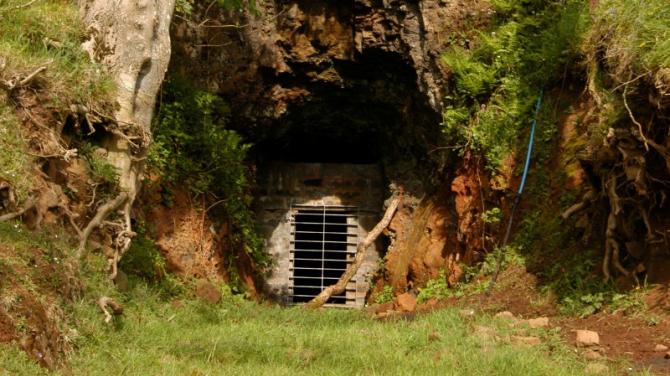 A disused mine at Ballylagan Road, Portrush

FROM Ballycastle to Portrush, the North Coast is littered with abandoned iron ore mines.

But, for an industry that employed dozens of men, it's difficult to find evidence on the landscape – perhaps for the obvious reason that most of the work was underground.

Unless of course you're a geologist, like Geoff Warke whose job with the geological Survey of Northern Ireland requires him to map, monitor and make safe all 24,000 disused workings across the Province.

It may also now a little easier for members of Portrush Heritage Group after his fascinating presentation last Wednesday evening.

Mr Walke explained how the geological processes that created the Giant's Causeway were also responsible for the seam of iron ore that was exploited during the late 1800's and early 1900's.

It's contained within weathered layer of basalt that was buried by further volcanic eruptions.

The distinct rust-coloured seam is still visible in cliff faces around the World Heritage site.

It is where the two strata meet that horizontal shafts were dug to access the ore.

And many of the openings are still visible in the hills above Portrush, Ballytober near Dunluce Castle, Ballybogey and at the Whiterocks.