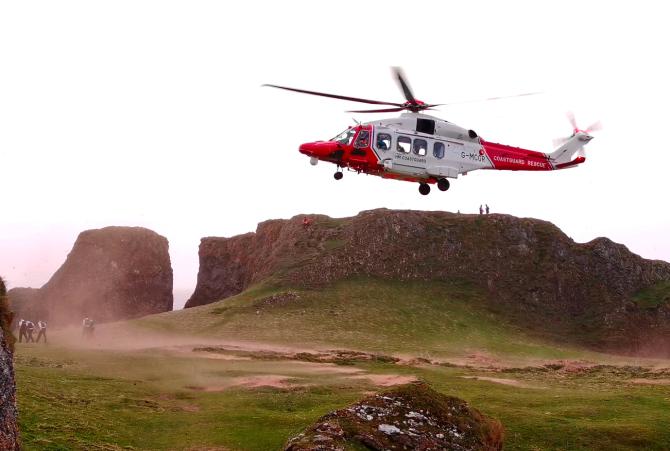 On Friday April 19 around 5.30pm, emergency services received a report of a male requiring assistance at Ballintoy.

A spokesperson for the Coastguard said: ‘As our specialist Coastguard rope rescue teams we’re setting up to go over the cliff, the Coastguard Helicopter was able to winch the man to safety.”