ATM ripped from wall in Bushmills 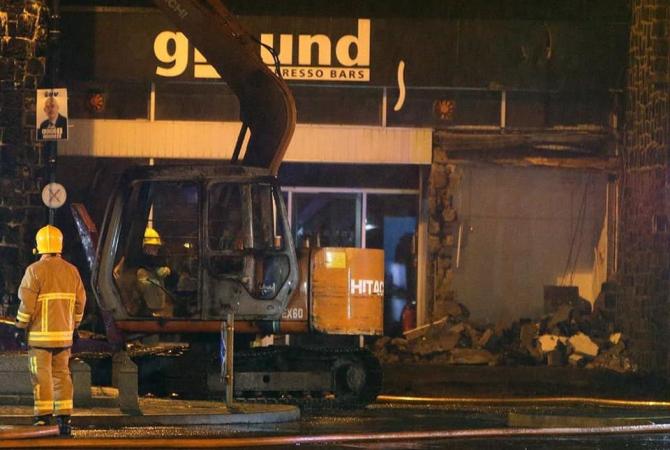 Thieves have used a digger to rip a cash machine from the wall of a shop in Bushmills. Photo: McAuley Multimedia

An ATM machine has been ripped from the wall of a building in the centre of Bushmills.

Firefighters were called to the scene in the Diamond area at around 03.30am this morning (Tuesday).

The Chronicle believes a digger and a tractor and trailer were on fire when fire crews from Portrush arrived at the scene.

The PSNI have closed the town centre to traffic and pedestrians as their investigation continues.

It was also reported that a short time later another vehicle was burned out at the Craigboney Road, near Bushmills. It is believed that the incidents are linked.

It’s the latest in a string of ATM thefts using a similar tactic in Northern Ireland in recent months.

The PSNI has established a specialist unit to investigate the crimes, but so far there have been no arrests.