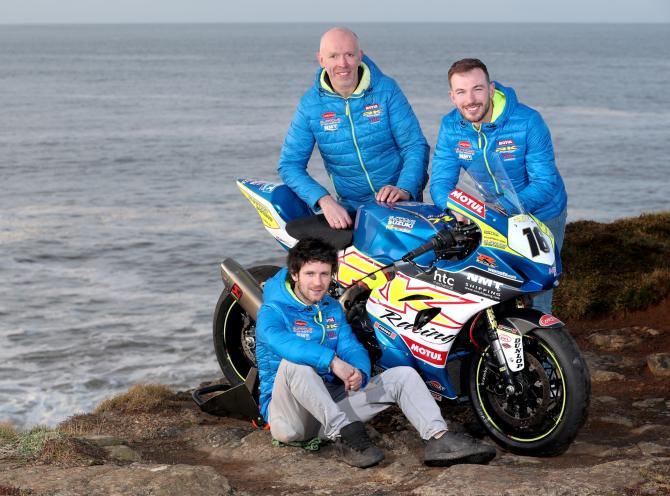 THE Burrows Engineering/RK Racing team’s plans for the 2020 road racing season are on hold indefinitely as the coronavirus pandemic has brought sport around the world to a virtual standstill.

The Cookstown 100 and Tandragee 100 Irish national road races in April and May respectively have been postponed along with the North West 200 (May 12-16), while the Isle of Man TT has been cancelled.

Motorcycle racing faces a red light in Ireland for the foreseeable future and although the situation is hugely disappointing and frustrating for riders, teams, sponsors, organisers and fans alike, the priority for now is to follow the government’s guidelines on social distancing and self-isolation, as the health and well-being of the public is paramount during these unprecedented times.

Hopefully, the spread of COVID-19 will be contained over the coming weeks and months and everyone will soon be able to return to some degree of normality in the not too distant future.

“Nobody could have foretold what was going to happen with the coronavirus outbreak this year and of course we are all disappointed as a team that we won’t be going racing for some time, but racing takes a back seat under these circumstances and the health of everyone is the biggest priority," said team principal John Burrows.

"I myself have two elderly parents and they, along with my family, are my biggest concern right now.

“We all hope that the situation will improve as quickly as possible and we look forward to the day when we can get back to doing what we do best as a team, but for now everything is on hold indefinitely.

"We had big plans for this season with Paul Jordan and Mike Browne joining the team and with this season most likely all but wiped out my plan is to keep both riders for 2021. I can see little reason to change things next year.”

“Of course I’m gutted with how things have turned out but we have to look at the bigger picture now and be patient. I’ve trained harder than ever over the winter and I’ve never been fitter in my life, but it doesn’t look like we’ll be going racing any time soon," he said.

“I’m just grateful that I’ve joined a team like John’s and he has come out and said I still have a ride on his bikes next season. The situation couldn’t be any better really in terms of the bikes I have and that’s the truth. I couldn’t ask for more. I’ve been up in John’s workshop and he makes me feel really welcome.

"We have a bit of craic and I enjoy being in his company. He’s really enthusiastic and he was giving me a great buzz just talking about building the bikes and his preparation for the season. It’s a really good atmosphere and we were both so excited – we couldn’t wait to get going.

“John has put a huge effort into the 600 Yamaha that he has got me for the roads and I just wanted to get out there and ride the wheels off the bike and repay him for that. The effort has been second to none and I couldn’t ask for more than what I have. I’m confident that we can have a really good relationship going forward and I’m looking at this as a long-term association.”

Charlotte Richardson of RK Racing admitted that while the news was a 'huge disappointment,' she looked forward to better times.

"RK Racing is committed to the team for the future and looks forward to racing with Mike and Paul on board as soon as possible," she said.

“In the meantime, wishing all involved in our sport the very best in these difficult times and thanks for your ongoing support.”