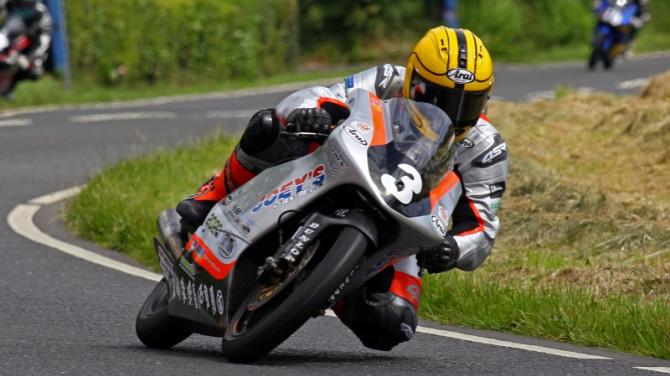 IRISH Moto 3 Champion Gary Dunlop will not defend his title this year revealing that he will be taking a step back from racing.

The decision follows a remarkable 2019 for the Ballymoney man who clinched his first-ever road racing title during the East Coast Racing Festival at Killalane back in September. It was a dream come true for Dunlop less than five months ago, however, after much deliberation, the 36-year-old has decided to take a back seat in order to focus his attention on managing the successful Joey’s Bar MCC racing team.

Speaking to Chronicle Sport, Gary Dunlop said: “I’m going to take a back seat this year. After William’s accident I had a thing in my head that I wanted to win the Irish Championship.

“I gave it a good rattle last year and I was lucky enough to win the Championship so that is me satisfied. I have achieved what I wanted in racing,” he admitted.

*Read the full story in this week's Chronicle.