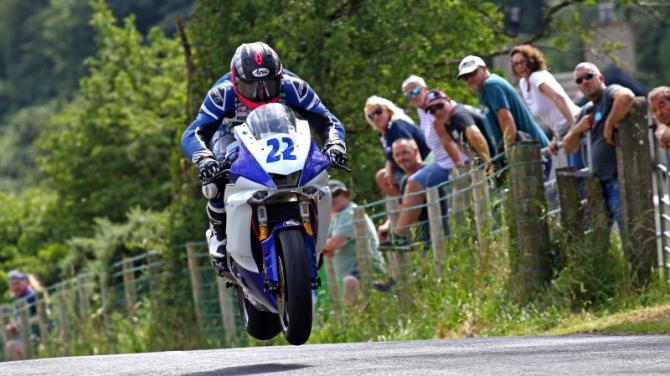 MAGHERAFELT rider Paul Jordan says that he will be giving his best at this week's Ulster Grand Prix despite suffering an injury set back after a crash at the Armoy Road Races at the end of last month.

After a thrilling battle with Mullingar's Derek McGee throughout the opening Supersport race on the Friday evening at Armoy, the pair had a coming together at the chicane after the chequered flag.

Paul Jordan subsequently suffered a similar hand injury to the one sustained after a high-speed crash at Anglesey in North Wales prior to Armoy which put him back to square one in terms of recovery.

Jordan’s performance in Armoy’s opener was almost a carbon copy of that famous race against Adam McLean at the event in 2018, however, the result was slightly different this time around.

With the Ulster Grand Prix set to get underway this week, Jordan admitted that he has been working hard to get himself in the best shape possible ahead of the event.