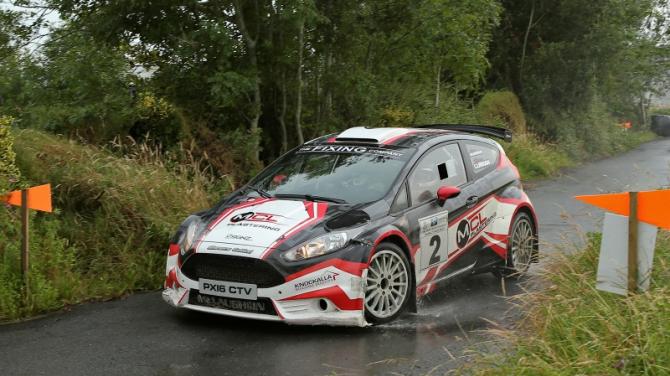 AARON and Noelle McLaughlin mastered changeable conditions to win the Dog Leap Stages Rally by a minute and fifteen seconds from the Darrian T90 GTR of Barry Morris and Declan Campbell.

Making only his second appearance in a Ford Fiesta R5, McLaughlin recorded fastest times on five of the meeting’s six stages to deny Morris back-to-back victories around Shackleton.

The gulf could have been bigger as McLaughlin had toyed with the idea of fitting four new tyres late in the day.

“I was going to take the gamble for the last stage but I’m pleased I didn’t as I saved £1,000!” he told Chronicle Sport.

“It wasn’t so long ago that I was arriving here and finishing down in 35th and 40th place. To get the win in a car that I’m still learning is fantastic,” he added.

2018 victor Morris grabbed second right at the death in a car he picked up the evening before the event. He secured the runner-up spot after Trevor McConnell spun on the very last stage.