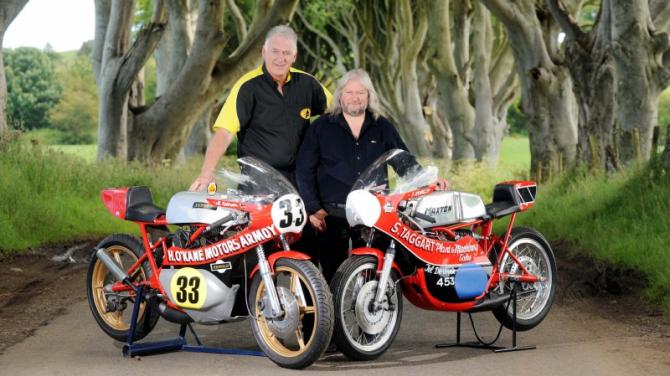 ARMOY native Bill Kennedy MBE has devilled in many things over the years, including politics, and despite leading a busy lifestyle the former Mayor of Ballymoney insists his passion for road racing is stronger than ever.

With more reason than most to have shunned road racing, given the fact that Bill’s brother, the late Frank Kennedy, was tragically killed in an accident at the North West 200 four decades ago, he admits that he enjoys every minute of being the head honcho of the Armoy Road Races.

Like most events, organising a road race takes a lot of commitment, time and effort - something which is demonstrated best by the Armoy Motorcycle Road Racing Club.

The big day is edging ever closer and the track build is well on course, but Kennedy says that it seems like a blink since the ‘Race of Legends’ celebrated its tenth anniversary twelve months ago.

“It really is hard to believe that we are back around again, raring to go here in Armoy,” Bill Kennedy told Chronicle Sport.

“We put in so much preparation over the course of the year from September onwards, then once we get to January time it is just flat out – you would not believe it.

“To be honest I am really looking forward to the event this year and hopefully we get the weather,” he added.

*Read the full story inside our three-page preview for the Armoy Road Races inside this week's Chronicle which is now available to buy.